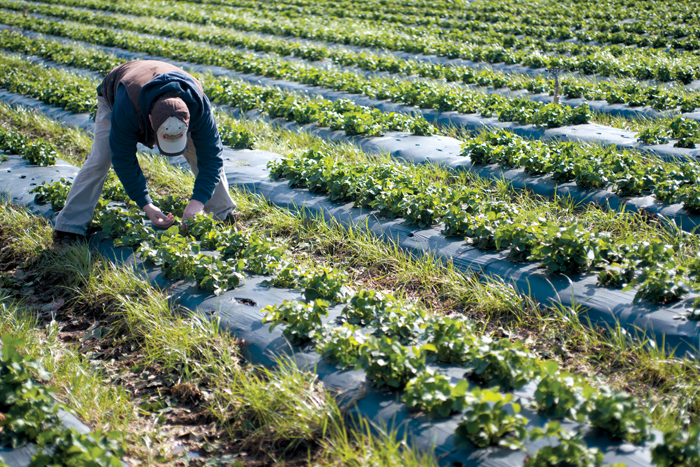 SALISBURY — Darrell Blackwelder says extreme weather is one of the most difficult things about farming.

“It’s a wait-and-see kind of deal,” Blackwelder said. “They won’t know the damage until weeks later.”

Blackwelder, who is the retired director of the North Carolina Cooperative Extension Service in Rowan County, said temperatures like those Rowan County had Monday make it particularly tricky to anticipate damage.

“Instead of it being 28 or 29 (degrees) or whatever, if it got down to 20 or 15, that’d be a different story. But when it’s in these marginal temperatures, you can have a damaged crop, a full crop or no crop,” Blackwelder said. “That’s what’s driving people crazy. You can’t know.”

Blackwelder said crops that haven’t bloomed yet have a greater chance of surviving the cold. But he said even those that have bloomed can look healthy for a while.

“Blooms are not hurt by cold weather; it’s the center of the bloom (that is.) It’s the parts you can’t really see. You have to get out and dissect the bloom and look at it,” Blackwelder said.

By this point in the season, many crops — like peaches and strawberries — have bloomed, he said.

Patterson Farms President Randall Patterson said about 10 percent of his strawberry plants have bloomed and that, even after Monday’s snow, they’re looking “well.”

“We can’t tell much for a few days (because) we’ve got to let it dry. But it feels as if there’s been minimal damage,” Patterson said.

When temperatures drop, his crew uses an irrigation technique to ensure that crops don’t freeze. Workers cover the strawberry plants, then constantly water them while temperatures are at their lowest.

Patterson said temperatures were at their lowest between 4 and 8 a.m. Tuesday and that he and his crew were up for most of the night watching over the process.

His crew used the irrigation technique again Tuesday morning and will likely use it again today.

Patterson said blooms could be damaged in 30-degree weather but that nonblooming plants can survive at 24 degrees.

“And cold weather has slowed down the bloom, which is good,” Patterson said.

Cauble Creek Vineyard owner and manager William Yost said almost all of his grapes have not bloomed yet, “which is good.”

But he said he won’t know the extent of any damage from the snow for another three to four days.

“It depends on the temperatures, the freezing points, the humidity, the moisture, how much wind velocity (there was,)” Yost said. “All of those can help or make it worse.”

In the past, Muscadine grapes — which Cauble Creek specializes in — have not experienced much damage from snow unless they are in bloom, Yost said.

Morgan Ridge Vineyard co-owner Amie Baudoin said Monday’s snow was “not bad” because plants “can deal with a little bit of rain and snow.”

Baudoin said she is more concerned about expected low temperatures on Thursday morning since temperatures are expected to be in the 60s during the day Thursday and Friday.

“This drop is what we’re ultimately concerned about,” Baudoin said.

If Morgan Ridge’s grapes are damaged this week, it will be the third year in a row that has happened.

“But we’ve had minimum damage compared to others,” Baudoin said. “We’re not crying the blues too bad.”

Blackwelder said professional growers know weather-damaged crops are a “strong possibility” but homeowners who plant crops are probably going to be “hit the worst” by fluctuating temperatures and extreme weather.