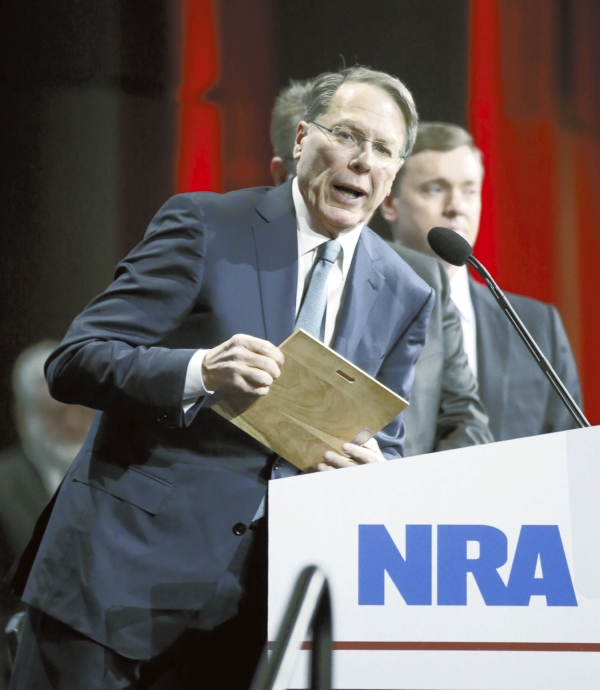 The gun debate highlights the problems Democrats have winning policy debates and elections. Instead of focusing on the problems and the solutions, they’ve defined it as fight between the NRA and the rest of us. That’s a losing battle, not because the NRA is so popular but because that’s not how most people understand politics.

The debate reminds me of the Democrats’ failed strategy back in 2014. The Washington Democrats and their special interest allies tried to run against the Koch brothers instead of Republican politicians. They rationalized that people don’t like money in politics and if they could demonize the Koch brothers and their millions of dollars of support for GOP candidates, then voters would vote against those candidates. It was, as Obama strategist David Axelrod said, a bank shot at best — and they missed.

Now, some Democrats and their allies in the gun control movement are trying to prove that Republicans won’t do anything about gun control because they are all owned by the NRA. First, that’s not true.  Political contributions don’t drive the GOP support of the NRA agenda. Fear of the NRA drives it. Republicans are worried that crossing the NRA could cost them an election in a primary since pro-gun activists have essentially become a powerful wing of the GOP.

As an article in the N&O states, the NRA didn’t support many legislators in North Carolina and Republicans in the General Assembly are still blocking any responsible gun legislation. They are responding to their constituents, not a special interest organization. Those constituents believe an NRA argument parroted by GOP politicians that Democrats are coming for their guns.

Instead of making the NRA villains, Democrats would do better to convince responsible gun owners that they aren’t out to disarm them but to protect them.

If Democrats want to win on reducing gun violence, they should come up with a common sense program and hammer it. One that could probably attract widespread support would require universal background checks, ban high capacity clips, demand a waiting period for gun purchases and ban or restrict access to military-style assault weapons. That’s a modest proposal that already has broad public support. Democrats should make opposing the measure more painful than supporting it. That’s what the NRA does.