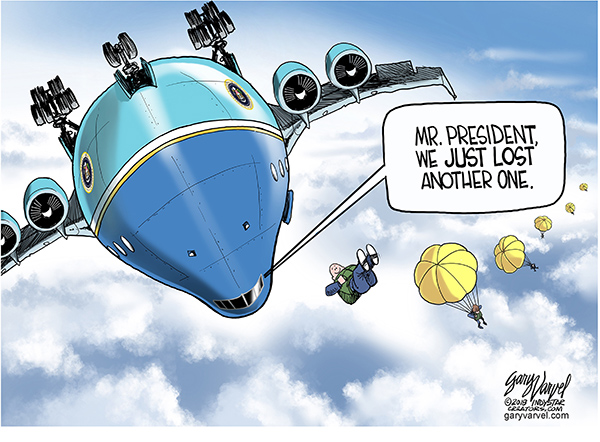 Although Rex Tillerson’s Cabinet tenure is only now officially over, the former oil tycoon had been a zombie secretary of state for months: dead in terms of clout and credibility but still going through the motions.

Tillerson’s downfall is reason to re-examine the notion that success as a corporate CEO is necessarily a qualification for service as a U.S. Cabinet secretary. Several of Tillerson’s most pronounced shortcomings relate directly to his many years in the corner office at ExxonMobil and should prompt skepticism the next time a corporate titan is touted for high office based on that credential alone.

Eagle Scout: Former and current career diplomats have painted Tillerson’s corporate-style reorganization of the State Department as an act of dismantlement. But they can hardly accuse him of not adopting thoroughly mainstream foreign policy positions. On Russia, there has been more than full continuity with the time John Kerry was secretary of State. At least Kerry had tried to make situational deals with the Kremlin. …

Trump had wanted a negotiator at State; he got a Distinguished Eagle Scout.

It’s not that Tillerson’s replacement, Central Intelligence Agency Director Mike Pompeo, will be any softer on Russia. He has been as consistently hawkish as Tillerson. But, after more than a year of Tillerson’s stubborn performance, perhaps Trump has given up on the power of deals to remake U.S. foreign policy in his image. His uncompromising game of chicken with North Korea’s Kim Jong Un may just lead to a historic summit. It remains to be seen whether a similar escalation yields better results with Putin.

Glimmers of sanity: So the fullest summary of Tillerson’s service may be that he was a terrible secretary of state who was ultimately fired for his glimmers of sanity. We can now add him to the long and growing list of top officials who have been booted or resigned; on Monday Trump’s “body man” was abruptly fired and escorted from the White House. No doubt there’s an interesting story there, but what we’ve seen over and over is that incompetence or corruption is seldom what gets you shown the door in the Trump administration.

Instead, you get fired when you disagree with the president or embarrass him. That is, if you haven’t already fled in a desperate attempt to save your reputation.

But when Trump is president, it’s always personal.

Be a hero during Red Cross Month