My Turn: M.H. Clements: Balance personal freedom and others’ rights 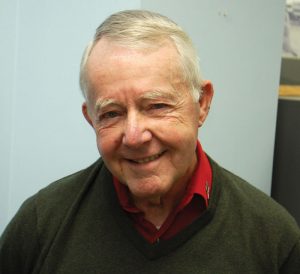 The current discussion of school safety and gun violence cannot be complete without consideration of the role of mental illness. I insist that the policy of the “Least Restrictive Option” does not protect family or society against potential danger. I speak from personal experience.

My first marriage ended with issues of mental illness and dependence on prescription drugs. There were multiple incidents of suicidal gestures, there were multiple calls to police for domestic disturbance, and there were frustrations after each incident preventing positive action.

Each time, my wife was discharged from psychiatric evaluation after she was determined to be no longer an imminent threat to herself or others (the “Least Restrictive Option”).

Additionally, I was prohibited from referring to previous incidents because of her rights to medical privacy; each incident had to be considered a first. Yet, mental illness is largely defined based on repeated or patterned behavior.

On advice of a judge, I began divorce proceedings. The issue of custody would be determined by the Juvenile Court (perhaps unique to the county in which we lived at the time). I interviewed with a judge, who scheduled an appointment to visit my home and to interview the children (then 9 and 12).

As part of the process, Child Protective Services also became involved, and they also scheduled visits and interviews. During the interviews, the children had to relate (and re-live) some of the events they had witnessed. Child Protective Services gave me an ultimatum: either I had to find a temporary home for the children away from where we lived, or they would. Fortunately, I could do that.

The reason was somewhat simple: under state law, since my wife had no income, and I had the rental lease, I was obligated to provide a home for my wife when she was deemed to be no longer an imminent threat to herself or others. The Juvenile Court Judge and the Child Protective Services representative were adamant that there should be no further exposure nor risk to the children. Although the two agencies attempted to interview my wife, she refused to cooperate. The two agencies concluded that the divorce decree would grant custody to me.

The divorce action proceeded, albeit frustratingly slowly. To avoid any opportunity to accuse me of abandonment, I had to first arrange for psychiatric treatment. Thankfully, another suicidal gesture by my wife provided the impetus for involuntary commitment. After 100 days (coincidentally the limit my insurance would pay) the facility returned the diagnosis of “psychosis, including schizophrenia, behavioral manifestations of paranoia, and delusions.” A court order was requested and granted that prevented her from returning to the home.

The slowly progressing divorce proceedings resumed, but I was still blocked from referring to any of the mental health issues. However, I could refer to the police reports of their responses to domestic violence. I had kept records. My attorney included them, and the grounds for the divorce became violent behavior rather than mental illness. The divorce was granted, and 12 months later became final. I was granted full custody, with the provision that the children could visit their mother during holidays and summer.

All that was 36 years ago. I have remarried, the children have grown and married, and have led successful adult careers. I am fortunate. I will not speculate what might have happened if my first wife had had access to a firearm, but this illustrates the need for changes to state (and perhaps federal) laws regarding the thresholds for mandatory psychiatric evaluation and commitment. Families and society deserve such protection.

Cal Thomas: Only a fool would believe North Korea

To what shall North Korea’s latest pronouncement to give up its nuclear weapons in exchange for certain “security” guarantees be... read more