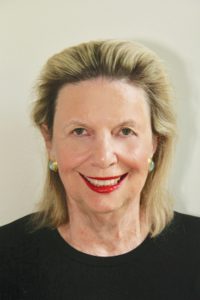 Historic Salisbury Foundation Annual Meeting 2018
Featured Speaker Wyndham Robertson
Historic Salisbury Station
Thursday, April 12, 2018
7-9 p.m. Reception to follow
RSVP to 704-636-0103 or office@historicsalisbury.org
Wyndham Robertson is a native of Salisbury who was educated in the city schools and received a BA in economics from what is now Hollins University, a women’s college in Roanoke, Va.
She was on the editorial staff of FORTUNE Magazine from 1961 to 1986, starting as a trainee and rising to assistant managing editor, the first woman ever to move so high on the masthead.
In 1986 she was named the first woman vice president of the University of North Carolina System, a position she held until she retired in 1995.  She also served on the board of directors of Wachovia Inc, The Equitable Companies, Capital Cities-ABC, and Media General.
She currently serves on the board of The Blanche and Julian Robertson Family Foundation as well as two other charitable foundations, and is on various non-profit advisory boards for Hollins, UNC-Chapel Hill, and PAVE SE School in Raleigh, a charter elementary school established by her nephew Spencer Robertson. 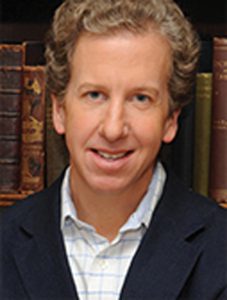 Have dinner with Charlie Lovett, author
Thursday, March 15, 2018, 6:30 p.m.,Country Club of Salisbury
The speaker at The English Speaking Union meeting on Thursdaywill be Charlie Lovett, an author and bibliophile hailing from Winston-Salem.
He has written four books — the first, “The Bookman’s Tale,” a mystery, which was a Barnes & Noble Recommends pick and a New York Times and Indie bestseller, making it one of 2013’s most charming debuts. The following two books were about Jane Austin and Charles Dickens and his latest, published in 2017, is “The Lost Book of the Grail,” another mystery based on King Arthur and the Holy Grail.
Lovett is an avid book collector, a member of The Grolier Club, the oldest and largest club for bibliophiles in North America and president of the board of directors of Bookmarks. He is also a playwright.

Conversation in the Gallery with Jane
Join us for an intimate talk with Hurley Park’s landscape architect Jane Ritchie on Tuesday evening, March 13, from 7-8:30 p.m.
Held at Waterworks Visual Arts Center, 123 East Liberty St.
Free, but reservations are requested at 704-636-1882.
Light refreshments will be served.

Center for Faith & the Arts presents…Over the Rainbow! Annual Gala
At Lee Street Theatre on March 17 b eginning at 6:30 p.m. featuring The Phoenix Readers, MGM: Irish Music, and Celtic Dancers.
Tickets are $75 per person and the evening includes appetizers, a full dinner catered by Morgan Ridge and an open bar.
For Reservations call 704-647-0999 or email info@faithart.org

The Carolina Artists Guild
The Carolina Artists Guild monthly meeting will be March 15 at 6:30 p.m. at Rufty-Holmes Senior Center, 1120 Martin Luther King Jr Ave S.
The topic this month is Art and Technology. Michael Hutchens will be showing how to make original digital art utilizing an iPad and discussing options for printing digital art. Anyone who is interested is welcome to attend.

Is love the magic that saves us?