Salisbury appears to be loaded but CCC is tougher 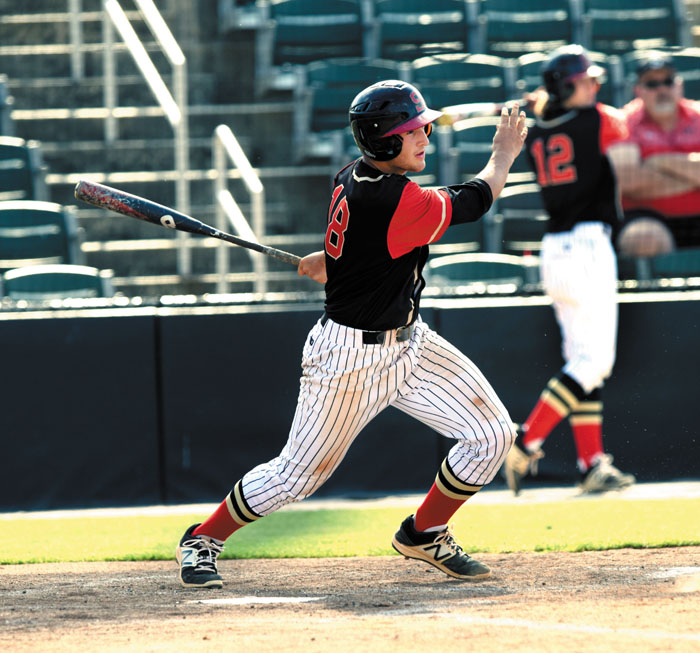 THIS SEASON: Still in the 2A CCC, but the upgraded league has expanded from six to 10 teams

SALISBURY — If there’s a team in Rowan County that is certain to improve on last season’s record, this is it.

Salisbury suffered the lightest graduation losses of anyone in the county and returns nearly intact.

Everyone is a year stronger, wiser and better than a year ago. Now the Hornets add one more good player—freshman infielder Vance Honeycutt — to an already impressive lineup.

The Hornets have been a young team in recent seasons. Now they’re an older team. The only youngsters counted on to play regularly this spring are fast sophomore right fielder Blaine Shellhorn and Honeycutt, who will man second base or shortstop.

“It’s definitely the best team we’ve had since I’ve been here,” Herndon said. “By a lot.”

There’s a chance it will be the best Salisbury team so far in this century. Salisbury’s finest won/lost records in this century are the three 17-9 teams coached by Scott Maddox (2006, 2008 and 2015). For this team, 17-9 doesn’t seem to be setting the bar too high.

Still, Herndon is cautious.  The CCC in 2018 is not the league it used to be.

“Our league has changed,” Herndon said. “It got a whole lot stronger.”

Ledford and North Davidson are in the league now, and those two schools probably will be as good as anyone in 2A. Two more additions, South Rowan and Central Davidson, add to the league’s quality and will contend to be in the top half.  Oak Grove, coached by former Catawba College star David Thomas, is a rookie school, but with the young players coming from the fertile Ledford/North Davidson area, this won’t be a typical first-year team.

West Davidson and East Davidson are still around and are almost always solid 2A programs.

If the league had not undergone such a drastic transformation, Salisbury probably would be the favorite. Not now, but Herndon is optimistic.

“We feel like we have the lineup, the defense and the pitching staff to compete every time we step out there,” Herndon said. “If our pitchers stay healthy, we should have a chance against anybody.”

Jack Fisher led the staff in appearances in 2017, although he didn’t get many decisions. He’ll be a starter this time. The 6-foot-2 lefty  is one of the best athletes in the school. He’s the football team’s kicker and he was Rowan County’s soccer player of the year in the fall.

“He’s just a very athletic kid,” Herndon said. “He really wants to be good. He puts the work in and that’s why he keeps getting better. He’s also a lot smarter than the coaches —  No. 1 in his class academically.”

Bo Rusher, Salisbury’s hard-hitting No. 1 catcher, has pitched a little in the past, but he’s going to have an expanded role as a frontline hurler this season. Herndon said backup catcher David Holden has improved tremendously, and he’s ready to handle catching duties when Rusher pitches — or takes a break in the outfield.

“He can really swing it, and he’s also a great with the glove,” Herndon said.

Honeycutt is from an athletic family. His sisters Julia (soccer) and Kayla (tennis) have been Rowan County players of the year. He’ll play second base about 75 percent of the time, but whenever Myers pitches, Honeycutt will slide over to shortstop. Steinman will be used mostly at third base.

The standard outfield will include Shellhorn in right; senior Will Taylor in center, and junior Zach Robinette in left. All three were starters last year. Steinman (15 RBIs) and Fisher can roam the outfield when needed.

“Our guys are a lot stronger from hitting the weight room hard and they’ve made some real jumps physically,” Herndon said. “They’re not just hitting singles over the shortstop now, they’re driving balls to the gaps.”

Herndon is as excited about his team’s experience. It’s the biggest single reason the Hornets have started the 2018 season, 4-0. It’s their first 4-0 start in several decades.

The younger Lippard pitched four innings for Salisbury’s undefeated jayvees on Thursday in a win against West Davidson.

“We’re making good steps,” Herndon said. “We’ve got some pretty good ballplayers on our jayvee team now. We’re getting deeper. We’re getting closer to where we need to be.”