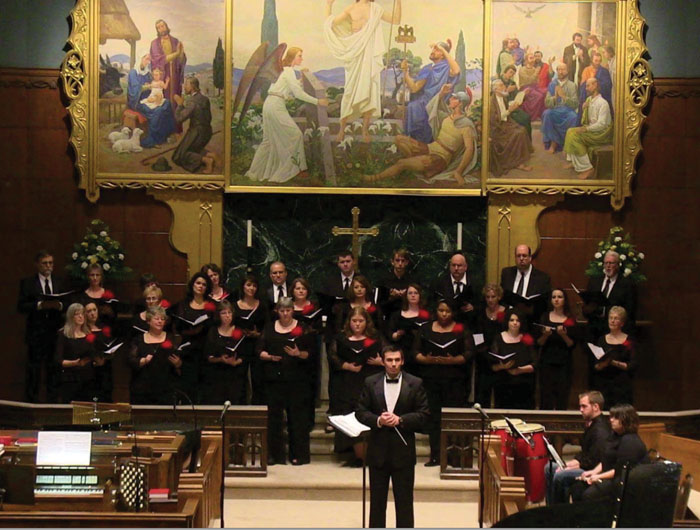 Late last month, Matt Newton, the director of the Salisbury-Rowan Choral Society, directed his last rehearsal for the society. He directed the Choral Society over the past nine years.

During his tenure with the Choral Society, Matt also directed the Salisbury Concert Choir, music for shows at Lee Street theater and Catawba College.

Matt is a graduate of Catawba College. Matt also served on the board of the Salisbury Symphony.

During his tenure with the Choral Society, he directed over 190 pieces of choral music encompassing many styles. Under his direction, the Choral Society sang in at least 24 different locations accompanied by keyboard, piano, organ, a variety of instruments and sometimes a cappella.

Songs performed were also in multiple languages, including Latin, Zulu, Hebrew, Indigenous Australian and Arabic. He will be missed very much.

Matt enlisted in the Navy and left last week for boot camp at the Great Lakes Naval Training Center. To properly send Matt off to the Navy, members of various groups which Matt had directed threw a pirate-themed party. Matt looks great as Captain Jack Sparrow. A reception was also held the night of his last rehearsal as director of the Choral Society.

Letters to the editor: May 12