By James Dane Harvey, Executive Director, Salisbury Symphony
The Salisbury Symphony is delighted to feature principal musicians Ryan Graebert and Mara Barker as soloists in a concert that features a selection of works by famed Czech composer Antonín Dvořák, composer of the famed “New World” Symphony.  The concert will take place on Saturday, March 24, at 7.30 p.m. at Keppel Auditorium, on the campus of Catawba College.

Dvořák is a masterful writer of melody.  The concert begins with the last of the popular first set of Slavonic Dances that cemented Dvořák’s popularity 140 years ago.  They were so popular his publisher asked him to write another set of eight!  The least familiar work on the program, “Silent Woods,” was originally a cello solo.  In a version arranged for string bass this features the SSO’s Principal Bass Mara Barker.

The Dvořák Cello Concerto represents the pinnacle of cello playing to most cellists.  It provides every possible challenge to the soloist able to master it, including the SSO’s Principal Cello Ryan Graebert.  Filled with glorious themes, it is an audience favorite.  The Symphony No. 8 begins with a moving melody in minor mode for the cellos and moves through a variety of melodies, many written in imitation of bird-song, giving the piece a pastoral feel.  The work ends in a rousing outburst of G major joy.

Because of its focus on both the cello and nature, the concert is a memoriam for both former Principal Cellist Anne Selletti who died in 2016 and lifetime supporter of both the Salisbury Symphony and many conservation programs, Bill Stanback. 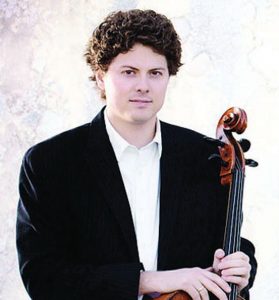 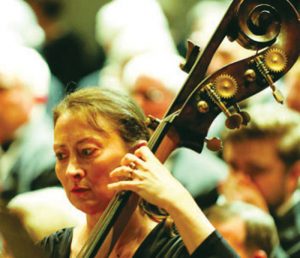 Mara Barker, who is celebrating her 26th season with the Salisbury Symphony is also a member of the Greensboro Symphony, Winston-Salem Symphony, Roanoke Symphony, and is a substitute musician for other professional orchestras throughout the tri-state area.  As a chamber musician, Barker has performed with UNCG’s 20th Century Chamber Players, on UNCG faculty recitals, The Carolina Chamber Symphony, and with the Swannanoa Music Festival Chamber Players.  Barker plays an award-winning bass made for the 2013 International Society of Bassists Makers Competition by American Luthier, Chris Roberts.