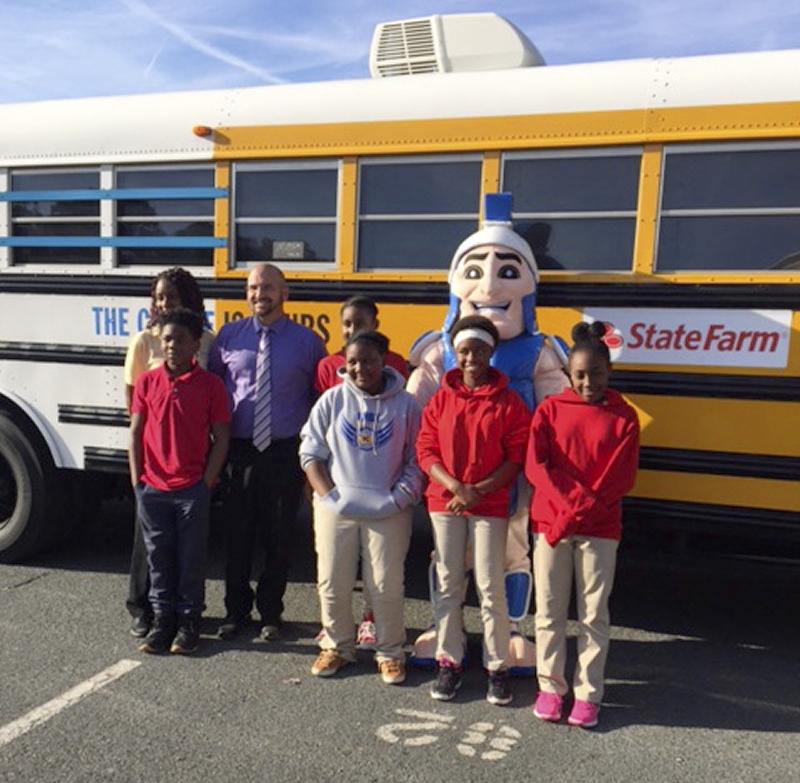 Knox Middle School students pose for a photo in October 2016 beside the Choice Bus, brought to the school by Communities In Schools of North Carolina, State Farm and the Mattie C. Stewart Foundation. Submitted photo

SALISBURY – Ninety-seven percent of students served by Communities in Schools of Rowan County in the 2016-17 school year were promoted to the next grade, the organization said this week.

The progress came despite high levels of poverty and other significant barriers to success, CIS said.

CIS Rowan employs student support specialists who are in schools daily to work with students, parents, teachers and administrators.

“I am very proud of the work of our staff and appreciative of the great support in Rowan-Salisbury Schools, our volunteers, and community funders and donors,” Turbyfill said.

Jill Cox, chief operating officer of Communities in Schools of North Carolina, said closing employment gaps in the state begins with preparing all students to reach their full potential.

“I am so proud of the progress of each student we serve,” Cox said. “Often the barriers they face down are overwhelming, but we bolster their resilience, feed their aspirations and cheer them on as they walk the path to graduation and their next steps in life.”

Among 362 students served with targeted and intensive support:

• 97 percent were promoted to the next grade.

• 83 percent improved behavior at school, increasing their time on task in the classroom.

Last year, 3,053 students were supported by schoolwide programs, in addition to the 362 receiving targeted services. School-based CIS staff create plans to meet each student where he or she is and help the student reach full potential, including increasing attendance, improving behavior and enhancing coursework — indicators of student success as identified by research by Johns Hopkins University.

CIS also collaborates with parents and families to ensure the long-term success of each child served.

The data collected last year was validated by RTI International.

“CIS doesn’t just address academic barriers, but they help the whole child,” said Laura Knapp, principal investigator for RTI International. “In addition to providing high-quality services to students, CISNC collects valuable data that allows us to measure and document student success in key areas to ensure efforts are moving the needle for students in our state.”

“Based directly inside schools, Communities in Schools connects students and their families to critical educational and community-based resources, tailored to each student’s specific needs, creating an environment where students can learn, thrive and succeed,” he said.