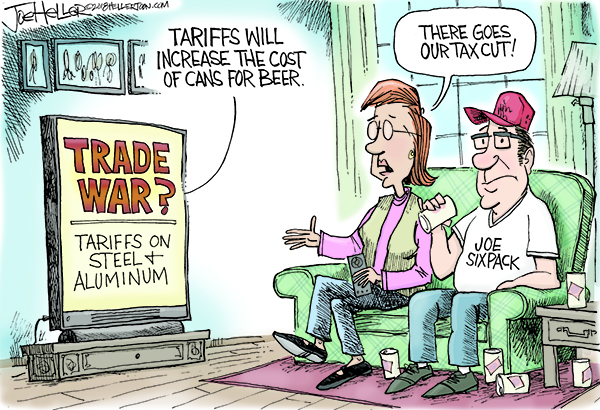 Cohn could have been the reincarnation of Milton Friedman, under an overlay of Machiavelli, and he probably still couldn’t have made much more impact than he did. So it’s hard to fault him for not having more substantial achievements attached to his name. Looking at the fate of so many other high-level administration figures, it seems possible, even likely, that it could have been much worse.

And even more likely that it will be, when President Donald Trump moves to replace him. Trump had staffing trouble even before he won the 2016 election; many of the veterans of previous Republican administrations declined to associate themselves with his crude style and populist policies. ….

But now that we’re in the second year of the administration, the prospect of working for Trump seems less attractive still. Now prospective advisers know that the stump speeches were not an act: The president really is volatile and not very interested in policy, so their jobs are likely to be futile and frustrating. They will also have observed the number of summary departures, the chaos and disloyalty of this White House, and the diminution of the reverence that is usually offered to administration officials. …

Who is going to want to step into Cohn’s rather uncomfortable shoes? Will they be better or worse than Cohn? No, don’t say “It couldn’t be worse” — the universe laughs at such claims. It could always be worse. As Trump’s appointments have repeatedly proven.

Leonard Pitts: Best thing Trump can do is ignore…