Longtime barber Norton ‘one of the coolest grandpas you can have’ 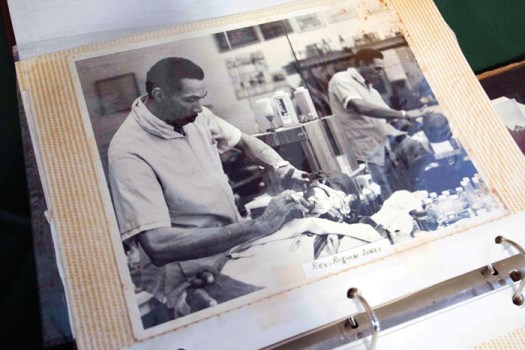 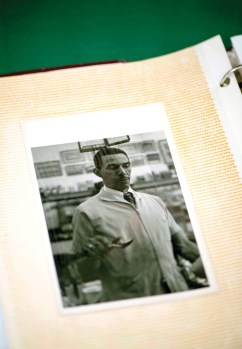 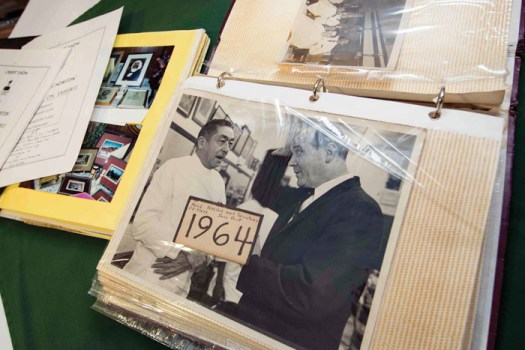 SALISBURY — It’s impossible to say how many haircuts he gave, how many faces he shaved and how many conversations he participated in from behind his barber’s chair over 50-plus years.

Even when Kenneth Norton retired and sold his Davidson barbershop in 1993, he stayed on with the new owner and kept cutting hair and giving shaves part time.

“Twenty-two years after I retired,” Norton said, knowing “retired” is a relative word.

But it is possible to say Norton made his mark well beyond his barber chair. His work as a district lieutenant governor for Optimist International helped Boys and Girls Homes. As Scoutmaster for Troop 373 at Sandy Ridge AME Zion Church in Landis, he guided 40 Scouts to the Eagle rank.

It was usually Norton you saw working the Lions Club concession stand at Davidson College football games. He always loved traveling, tending to his flower gardens and dabbling in all manner of craft and artistic pursuits, from photography and oil painting to ceramics and stained glass.

“He stayed going,” said grandson Derrick Norton, one of those Sandy Ridge Eagle Scouts. “He was always involved in some kind of organization. That’s one of the coolest grandpas you can have.”

Through its Second Wind Dreams, Committed Caring program, the N.C. State Veterans Home honored Norton on Monday with a lunch for his friends and family.

The staff also set up in the veterans home lobby two barber chairs, a barber’s pole, signs for after-shave lotion and a sheet of plastic mimicking the storefront window at the old Hood Norton and Son Barber Shop in Davidson.

A black-and-white photo of Hood Norton, Kenneth Norton and two other barbers outside their shop also was featured.

A pair of present-day barbers were supposed to attend, but they had to cancel. Nonetheless, there was a lot to see, including three of Norton’s scrapbooks full of newspaper articles, copies of his barber’s license, photographs of family and Scouts, and mentions of his many awards.

In 1985, Norton received a Dr. Martin Luther King Jr. Humanitarian Award from Mount Zion Baptist Church in Salisbury. The Central N.C. Council also presented him with one of Scouting’s highest awards — the Silver Beaver Award. Norton wore it proudly around his neck Monday.

“Seventy years, I reckon,” Norton guessed at the amount of time he was connected with Scouts.

Norton celebrated his 90th birthday Sunday with a cookout at the Kannapolis home of daughter Bettye Russell, who guesses her father officially stopped barbering when he was 85. He is in his third year of staying at the veterans home.

Norton said he started working when he was 7 years old, carrying fertilizer for a man, though he spilled half of what he was carrying on his first trip.

“He said, ‘You don’t have a lick of common sense,'” and that insult stayed with Norton and maybe offered him hidden incentive all these years. He remembers working for 25 cents a day hauling fertilizer and 50 cents a day the next year plowing cotton fields.

Hood Norton thought Kenneth had saved enough money by the time he was 14 to start taking a bus to Charlotte to attend Morgan Barber College, from which he graduated in 1943.

Because manpower could be scarce during World War II, the state licensing agency for barbers gave Kenneth Norton written permission to cut hair when he was 15, and his on-the-job experience helped in waiving the normal 18-month apprenticeship at 16.

Norton didn’t necessarily want to make a career as a barber. He had dreams of being a math teacher. Was he good with numbers?

“I thought I was the best my school had,” he said.

He earned a two-year degree at Carver College and at 6-3 was the tallest member of the school’s first-ever basketball team. The business and accounting courses he took at Carver led him to doing the barbershop’s books at night.

Norton had hopes of going on to N.C. A&T State, but the Korean War intervened. He served mostly as a military policeman at Fort Bragg during his two-year Army stint. The barbershop on Main Street eventually drew him back to Davidson.

He would marry and have two children, Bettye and Kenneth II, who lives in Richmond, Virginia.

Norton’s Davidson barbershop relied on walk-in trade, no appointments. For many years, he commuted the fairly long distance from his home in Landis to Davidson.

In the days of segregation, even though Norton is black, most of his customers in Davidson were white. One of the many newspaper articles Norton has says Hood Norton also had a shop around the corner for black customers.

When reporters came to Davidson to talk about the civil rights days or integration, they usually made a stop at the Norton barbershop. Hood Norton barbered for 57 years.

A barbershop quartet, the Four Coursemen, sang at Kenneth Norton’s “retirement” in 1993. He sold the shop to Ron Raeford and continued with Raeford’s Barber Shop after that, making many of his regular customers happy.

In his many travels, often with friend Ruth Berry, Norton has been to places such as the western United States, Mexico and Hawaii.

“He’s done everything,” marveled Wanda Weeks of the N.C. State Veterans Home staff. “I can’t even tell you how much.”