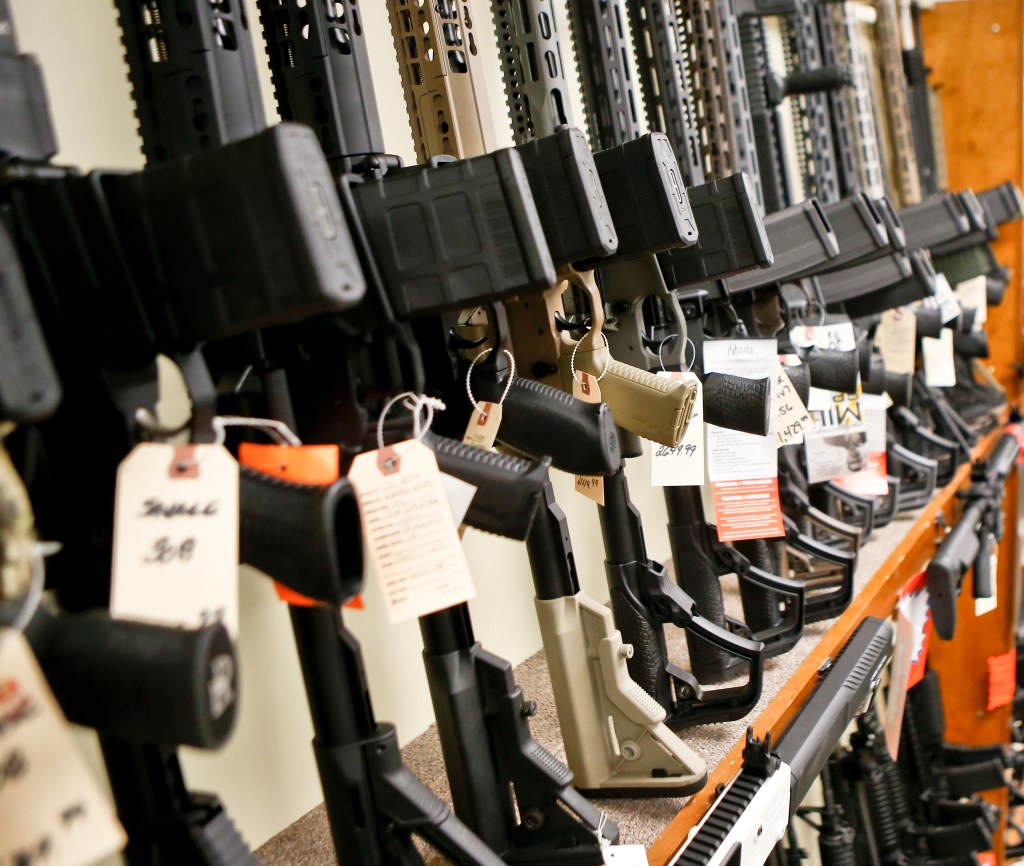 Laurels to those who are taking action to curb the sale of semiautomatic firearms without waiting for government action. Last week Dick’s Sporting  Goods announced it would stop selling assault-style rifles and high-capacity magazines. Walmart stopped selling the high-powered rifles in 2015. Both chains also announced they would not sell guns to anyone under 21.

Meanwhile, a suburban Chicago gun show announced it would ban the sale of AR-15s at its March and April shows. “We did the ban to try to calm the situation down and show them we are willing to work with them,” said a member of the sponsoring organization, the Pioneer Valley Sportsman’s Association.

The semi-automatic AR-15 has been used in multiple mass shootings, including in Newtown, Connecticutt; San Bernardino, California; Las Vegas and Sutherland Springs, Texas.

Dealers at a recent gun show in Salisbury said AR-15 sales were brisk as people snapped up a firearm they believed might not be available much longer. Those gun buyers could be right. A recent Harvard CAPS-Harris survey found that 61 percent of American voters support a nationwide ban on AR-15s.

Dart to the backlog of more than 15,000 untested rape kits in the police departments, sheriff’s offices and crime labs of North Carolina. Many have gone untested because investigators decided they didn’t need the lab work, but thousands have simply languished, with potentially valuable evidence just sitting on shelves.

The General Assembly called for an inventory last year, and state Attorney General Josh Stein recently issued a report. The kits fell into these categories:

• 3,820 kits went untested because investigators decided the allegations were unfounded.

• 2,741 kits were untested because they were tied to cases that had been resolved in court.

• 7,545 kits in a catchall because a category wasn’t designated or because they might have fit into more than one category.

The totals include 69 untested kits from the Rowan County Sheriff’s Office, 34 from the Salisbury Police Department and several in other municipal departments.

Outsourcing the kits’ processing could cost about $700 each, which would run up a $10.6 million bill. Stein said a committee should be created to determine next steps. Job No. 1: prevent such a backlog from building up again.