Colin Campbell: What is sexual assault? Some legislators don’t get it 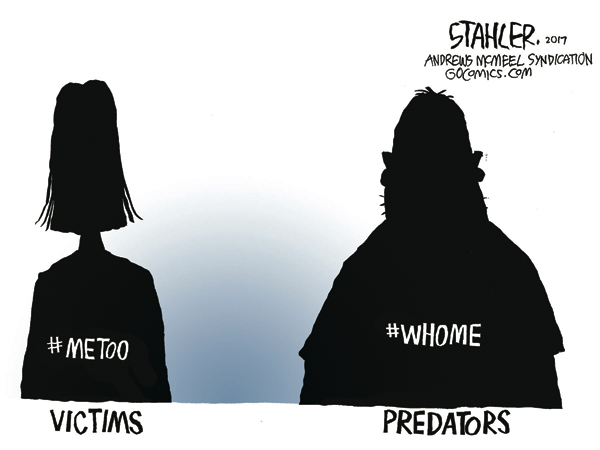 Democratic Party leaders, including Gov. Roy Cooper, are calling for the resignation of Rep. Duane Hall, D-Wake, after several women accused him of sexual comments, inappropriate touching and unwanted kisses. The allegations were first reported by N.C. Policy Watch, a liberal news organization.

Hall denies that he’s ever sexually harassed anyone, and as of this writing he hasn’t stepped down and plans to fight the accusations. He did, however, tell a News & Observer opinion columnist that he “admits to inappropriately kissing a woman at a 2016 event while trying to be funny.” (Side note: Kissing someone without their consent is never funny, and it’s generally considered sexual harassment.)

Not the only one

But while Hall is the first North Carolina lawmaker to be publicly accused in recent years, the problem isn’t limited to one person. My colleague at the Insider, Lauren Horsch, recently published a detailed look at sexual harassment at the legislature.

Several female lobbyists told Lauren that they’ve experienced unwanted touching and kisses and inappropriate comments about their appearance. One said that about eight of the 170 House and Senate members are guilty of such behavior on an almost daily basis.

All the women who shared their experiences with Lauren did so on condition of anonymity; no one wanted to speak publicly, even without accusing a specific person. They worry that the retribution from legislators would harm their careers.

And even as many Democrats say they stand with Hall’s accusers, only one of the women has agreed to be named. It’s telling that Jessie White went public only after she relocated to Florida and no longer works in state politics here.

Aside from going to the media, victims of sexual harassment at the legislature have few options. Legislative staffers can go through a multistep internal complaint process that involves reporting the incident to a supervisor, but many employees are supervised directly by the legislators they serve.

Lobbyists and others who want to report inappropriate behavior by a lawmaker must file a formal complaint with the Legislative Ethics Commission. That commission consists of state legislators who might be friends with the accused lawmaker. And the complaints can’t be filed anonymously.

Not surprisingly, that committee has heard fewer than a dozen complaints in recent years, according to the Insider report, and it’s unclear how many of those involved inappropriate sexual behavior.

Hall’s comments indicate that training is very much needed. “I think harassment is when they say no and you continue,” he told the N&O columnist. So by that standard, it would be fine to touch someone or make lewd comments about their body as long as you stop when they protest.

That, of course, isn’t the definition of sexual harassment. Merriam-Webster defines the term as “uninvited and unwelcome verbal or physical behavior of a sexual nature especially by a person in authority toward a subordinate.”

I’m hopeful that House and Senate leaders will back Coble’s efforts, because without them the appointed manager doesn’t have the power to punish legislators or force them to show up to harassment training.

Details of Coble’s plans haven’t emerged yet, but North Carolina can look to the New York state legislature as an example. It has an independent counsel and a neutral investigator who investigate harassment claims and report findings to the ethics commission. Staff supervisors and lawmakers are required to report any harassment they witness and to attend training every two years.

Those changes won’t completely eliminate the problem, but they’re a start. And the fact that state leaders have taken the Hall allegations seriously is a sign we’re headed in the right direction.

Colin Campbell is editor of the Insider State Government News Service. Follow him at @RaleighReporter. Write to him at ccampbell@ncinsider.com

Letter: The likes of which we have never seen