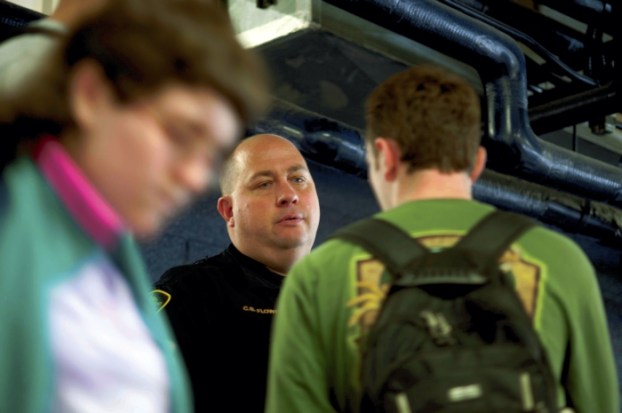 The shooter who killed 17 people at Marjory Stoneman Douglas High School in Parkland, Fla., instantly reignited the gun debate. The way to prevent more school shootings, though, lies in a multi-faceted approach that should include guns only as a last resort — and only in the hands of uniformed officers trained in their use.

Mass murder has ripped lives apart at churches, movie theaters, nightclubs and concerts in recent years. Our culture obviously has deep-seated problems. But for now the focus is on vulnerable children in public schools — a realm where government bears the greatest responsibility.

Most elected leaders are backing away from the ridiculous idea of making teachers pack heat. President Trump says his words on the subject were misconstrued; he meant only a few specially skilled teachers should carry weapons. Meanwhile, school administrators are hoping this notion will go away. Dr. Lynn Moody, superintendent of Rowan-Salisbury Schools, says the duties and responsibilities of teachers are clear: “Teaching is their focus in helping our children learn to be successful citizens.”

The school board wisely focused last week on school resource officers. Rowan-Salisbury has had armed officers in middle schools and high schools for several years — to protect students, yes, but also to develop relationships and, where necessary, maintain order.

Adding resource officers at the system’s 20 elementary schools is a logical next step. It will, of course, be costly. Treated as private contractors, the additional resource officers would cost the system an estimated $121,000 a year each — with an average salary and benefits of $65,849 (trained professionals, remember) and $55,000 for equipment. The first sign that a school has protection is a marked police vehicle outside. These are worthwhile investments.

To ensure equal coverage in poor counties and wealthy ones, the state must take the lead and pay for these officers, completely separate from and in addition to other education funding. If lawmakers balk, voters should make this a high-priority election issue.

In addition to hiring more resource officers, the state and schools should consider these steps to protect and nurture students:

• Hire school psychologists and social workers — the first line of defense for troubled students. Better to prevent a mealtdo

• Beef up security systems to strictly control who enters a school — a practice already in use in most local schools.

• Provide anonymous tip lines students can use to report threats or red-flag behavior of troubled students.

Schools cannot rely on changes in gun laws to protect students from semiautomatic assault-style weapons. The debate will take too long, and change might not come. In the meantime, schools have students to nurture and protect.

Clyde, Time Was: Hear that train whistle in the distance?