David Freeze: Mary, Michael and Karen: Working the kinks out 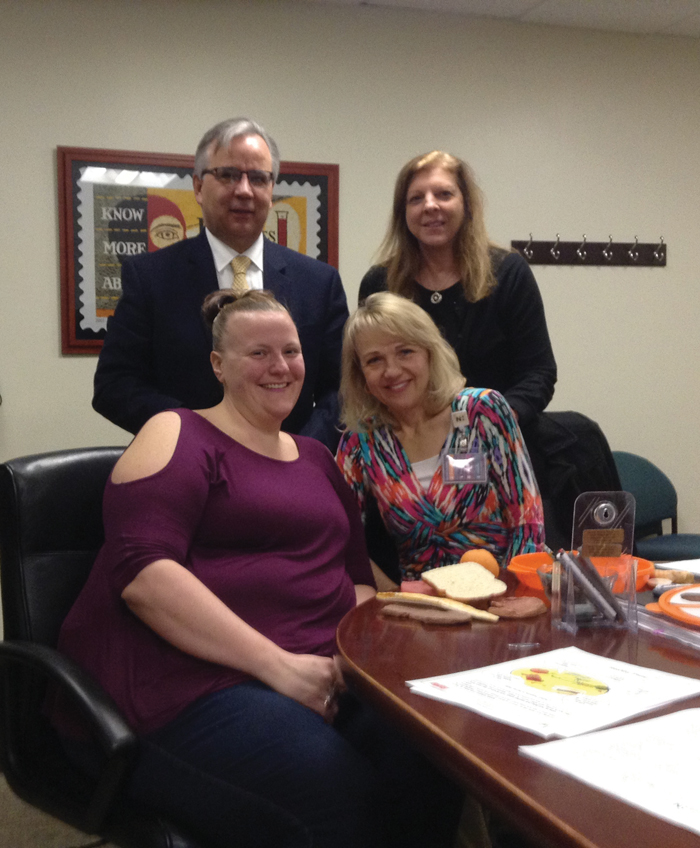 As February ended on Wednesday, I felt good that our new Salisbury Post wellness group was making progress. Not as much in pounds as in other ways, but fitness is not a stranger any longer to Mary Burridge, Michael Hallett and Karen Leonard.
We have been meeting twice a week, usually on Mondays at the Forum and Thursdays at the Hurley YMCA. The two businesses are both involved this year and our group will have more options because of the partnership. Mary is the project coordinator at Smart Start, Michael is a financial advisor at Mass Mutual and Karen is the activities coordinator at Oak Park Retirement.
Cardiovascular improvement for the group is always my first priority. Strength and flexibility are part of the plan too as well as losing pounds and inches. Mondays have included stationary bikes, elliptical and treadmill workouts at the Forum and Thursday follows with walking/running at the Hurley YMCA track. Each of the three has been steady at it, usually managing workouts on five days a week.
I asked each of them what their early successes were. Mary said, “Getting into regular exercise has gone well. My biggest success has been the completion of the Will Run for Food 5K last Saturday.”
Michael, a former high school athlete, has been working hard to regain some fitness. He said, “My biggest adjustment has been watching what I consume whether it’s liquid or solid. I have really dedicated a major effort to drinking a lot more water and not drinking the sweet drinks, especially sodas. As for foods, I’ve minimized desserts after meals, with a possible weekend splurge.”
While Mary and Michael have jumped right into exercise and have seen results fairly quickly on the scales, Karen has been concerned for her lack of payoff in pounds lost. She said, “I feel like my overall cardiovascular fitness and strength have improved and I am inspired by seeing and feeling improvement in these areas. I have work to do in all areas but I am encouraged by the program.” Karen wants to become a runner and last week completed two miles without stopping. She has a 5K race on her calendar for March when she will run with her daughter. This was a long-term goal for Karen and it looks like she will get it done quickly.
Concerning challenges, here is what they had to say. Mary, who is also nearing completion of her Masters degree, said, “Maintaining healthy eating habits has its difficult moments, especially with my ‘on the go’ lifestyle.” She also experienced a few days of plantar fasciitis pain, a sensation of burning under the foot.
For Michael, his only real issue has been some knee discomfort. He said, “I attribute the discomfort mostly to the fact that going from no exercise to regular workouts is never easy.” Michael has run and walked well over three miles several times already and ran a few sprints afterwards.
Karen started out with weak quadricep muscles that limited some of her workout. She has a special focus to improve this condition. Karen also talked with her doctor who worked with her on medication changes that won’t limit weight loss.
The group met with Registered Dietician Michelle Henrickson at Novant Health earlier in February and came away with suggested calorie limits and portion size control. They also learned how to eat before and after exercise and how they must focus on proper hydration.
JF Hurley YMCA Associate Director Ester Marsh visited with Mary, Michael and Karen separately to get their early body fat measurements, total inches and specific questions. We’ll use later measurements to track progress. Mary and Michael need new shoes, likely the reason for some of their knee and foot discomfort. They have plans to get fitted for quality shoes at the Ralph Baker Shoe Store.
The near future is going to involve the challenge of exercising without me nearby, due to my run across NC which started Saturday. However, the group will continue meeting together on Mondays at the Forum and Thursdays at the Y. I will be in and out of Rowan over the next 30-40 days but will certainly stay in touch. Mary said, “Our intention is to continue our exercise, just as you will be watching over our shoulders.” I have no doubts to their commitment to improve and positive attitudes and have encouraged them to seek out group classes of interest.
So far, Michael leads the way with a weight loss of 14 pounds, while Mary is close behind after having dropped 12 ½ pounds. Karen is down four but has made changes that should result in more positive numbers during March.
We will be back again at the end of the month with more good news!

Frozen, fun adventure: At the bottom of the world,…