Clyde, Time Was: Hear that train whistle in the distance? 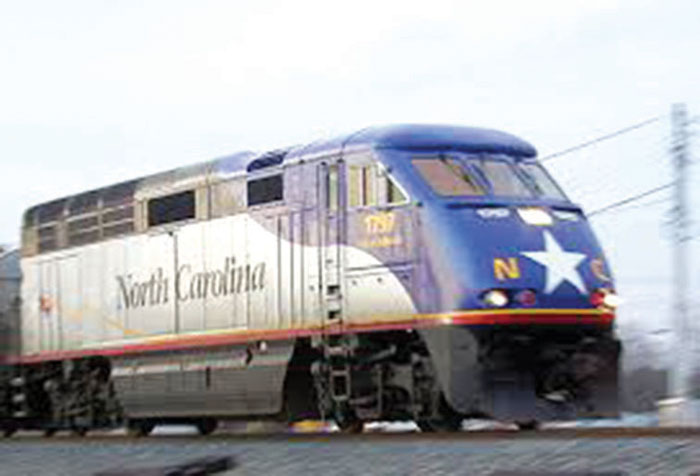 Time was, you could hear train whistles. You could hear trains that were turning around at the wye, going under Shober Bridge or coming along milepost 334 at the old prison site. They were going between Henderson Woods, with Blythewood on one side and Lombardy on the other, past Surratt’s curve and the yard office right into the Back Shop with the 5 mph speed sign.

Right many residents named their kids in honor of the railroad town, Spencer, which in turn was named for the president of the whole Southern Serves the South system. Samuel’s 106-year-old statue has been moved again to a city park in Atlanta. Would that school kids could save pennied to move it here for all tourists to his town and historic state site.

On the streetcar, for 10 cents you could pass the car barn and the Spencer Carbonating Co., with Boone Colas, and arrive at the town park with arches, bandstand and benches made at the shops.

Rumor was a crocodile lived in the fountain.

About 3,300 souls call Spencer home now, same as 1970. Spencer housewives knew the timetables and what day to hang out the wash to avoid coal smoke and cinders. Their better halves were busy with clinkers in the furnace and a chicken in every pot. Hobos, a common sight along Spring Hill down to the creek camped out like gypsies — not the ones from Egypt — were bad to steal a chicken to pluck. If you wanted to leave town, you got a pass with a berth on a sleeper car. Or, if you owned your own “private varnish” like the Loretto or the Crescent, you could hook up with the next passenger train coming.

Pullman had their own linens and china.

If you stayed home you were happy to walk the tracks, jump the rails or see who could walk the longest without falling off. Pennies on the tracks are illegal now. All those wedding, prom and artsy photos are technically tresspassing. The haunting mystic still remains.

The 1916 tour book published by the State Highway Commission listed grade crossings routes, with a toll bridge for 25 cents across the Yadkin, the river with its own little town.

Before that it was a wooden ferry if the water wasn’t too high. How many of those I-85 frantic, 76,000-a-day dare devils would wait for that to happen?

Safety first. Look over the door at the sign, and safety shoes, safety glasses and safety classes with safety badges and awards were a constant. Who reminds you now? Just take a chance.

Not until you live beside the tracks do you know that engines go either direction on either double track. Look both ways is a lesson too late for the learning for some who are no longer here to tell us. Requiescat in pace.

With the new “quiet zone” passed by City Council, the conductor is no longer required to blow the horn. It’s the end of the line for whistles as we know it. Yankees think it’s fine to get off work when they hear a whistle if they really work, and that ain’t just whistling Dixie. It’s been said the 5 a.m. freight train whistle is to blame for the high birthrate in Kannapolis.

In Spencer, the church bells, ball park, band practice and steam whistle are the heart beat, according to the mayor’s wife. Who is T. Roy Burdette, anyhow?

So the next time you are lucky enough to hear a forlorn train whistle fading off into the distance, thing about all those sweet ol’ days when things were seemingly worry-free and less complicated, until we made them so, and the peope were honest, helpful, hopeful, hale and hearty, handy, honorable, harmonious and homeward bound.