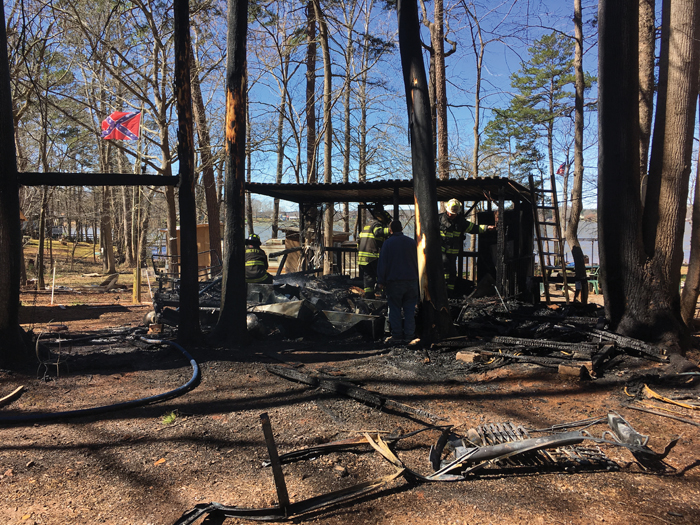 Fire Division Chief Deborah Horne said the first call came in at 10:55 a.m. and that firefighters arrived within 10 minutes.

Horne said her team is investigating what caused the fire.

She said the owners were in the camper when it caught fire but escaped uninjured.

“They had come down here to clean up this week and get ready for the summer since it was a nice week,” Horne said.

Horne said the owners — a man and woman — live elsewhere and use the camper, located on Pops River Road, as a summer home.

Horne said because the wind was so strong Friday morning, the division called in more departments than it otherwise would have.

“We didn’t want it going to other structures because, as you see, if embers would have continued, we could have had multiple structures involved,” Horne said.

Firefighters contained the fire but were still putting out embers for a while after the flames were extinguished.