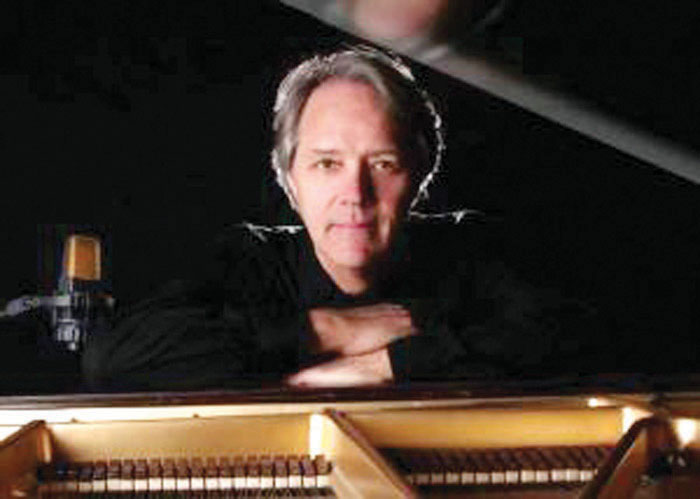 The 6 p.m. concert will be a homecoming for Hoffman, who attended the church in his youth.

“My mother, Barbara, was the organist at Milford Hills for many years, and it will be a treat for me to return for this performance,” Hoffman said in a news release.

In addition to his own songs, Hoffman will include songs by his brother, Sandy Hoffman, and performances by several of his students at Salisbury School of Music.

“I have some very talented students at the moment, and it will be wonderful having them join me for a few songs,” Hoffman said.

Hoffman is founder and artistic director of Salisbury School of Music.

The Milford Hills Baptist concert is open to the public. An offering will be taken in support of a youth ministry the church supports in Kentucky.

Hoffman performs at 100-plus concerts and other appearances each year as a soloist and with his trio. In addition to writing commissioned concert pieces and jazz for solo and trio, Hoffman has scored several films and has been music supervisor for several others.

He was music historian for the film “Revolution.”

His original jazz and concert works have been performed live and on radio across the United States and in the United Kingdom, France, Canada and the Netherlands. His latest CD, “Late September,” is available at most online sites.

Hoffman received a degree in composition from the North Carolina School of the Arts and studied film composition at the University of Southern California. He also attended the Dartington International Summer School of Music in Devon, England.

Hoffman’s music is available on iTunes, Amazon.com, CDBaby and Spotify.