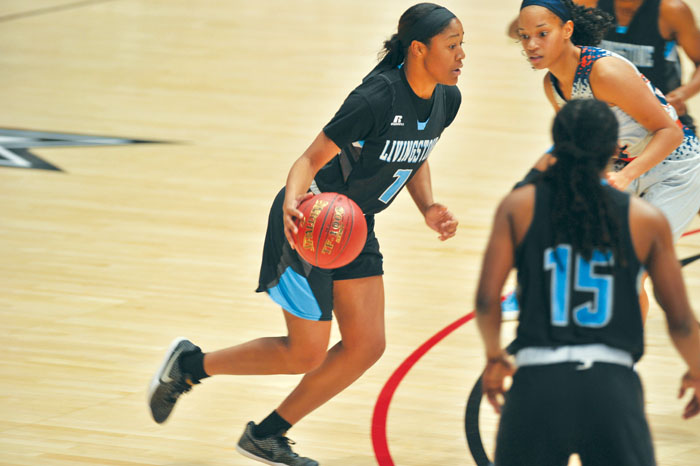 CHARLOTTE — Livingstone’s dismal women’s basketball season ended here Tuesday at Bojangles’ Coliseum with a 76-58 loss to Lincoln (Pa.) in the first round of the CIAA Tournament.

Livingstone (6-21) closes out the season with losses in 17 of its last 18 games. At one time, the Blue Bears were 5-4, but lost several key players — mainly leading scorer Zena Lovette.

Like a lot of Livingstone’s recent games, the Blue Bears played well early, only to see things unravel later in the game. Livingstone led at halftime, 27-25.

But Lincoln would take hold of the contest in the second half, outscoring Livingstone, 25-12, in the third quarter. The Lions used an 8-3 run to take the lead, 33-30, and never relinquish it.

The Blue Bears attempted to chip away at the deficit but the Lions answered at every turn. Michelle Fitzgerald gave the Lions a double-figure lead going into the final quarter, 50-39.

The Lions maintained their double-figure lead in the fourth quarter.  Livingstone freshman guard Taylor Perkins scored the final nine points of the game for Livingstone, but was not enough.

Perkins, who was selected to the CIAA’s All-Rookie team on Monday, led all scorers with 26 points and 13 rebounds. I’Keya Bland was the only other Livingstone player in double figures, scoring 10.

Both teams had to shake off their CIAA Tournament jitters, combining for just 19 points in the first quarter. The teams were a combined 6-34 from the floor in that initial 10 minutes.