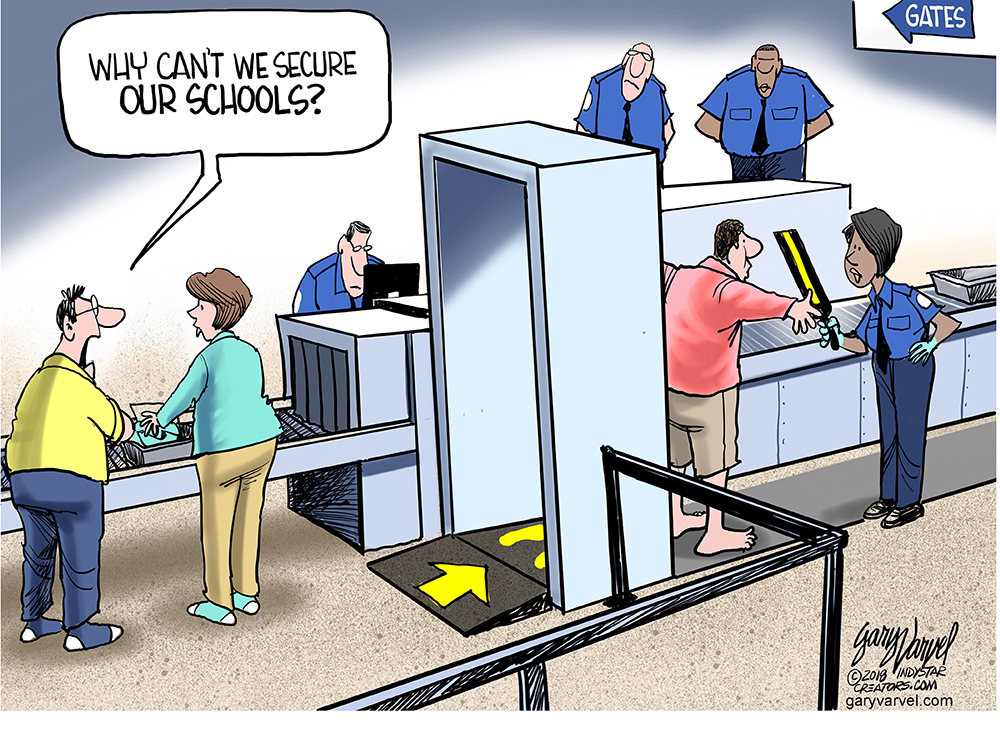 MIAMI — The list of failures in the Feb. 14 mass shooting at Marjory Stoneman Douglas High School in Parkland, Florida, are becoming legion. If any or all of those failures had been addressed, 17 students and teachers might be alive today.

In addition to the several balls dropped by the local FBI office, it was later alleged that at least four Broward County sheriff’s deputies, including armed school resource officer Scot Peterson, were outside the school during the shooting and instead of rushing in to confront the killer, later identified as Nikolas Cruz, waited four minutes until police officers from Coral Springs arrived to enter the building. Broward County Sheriff Scott Israel said the actions of the deputies are under investigation. Scot Peterson, however, hastily retired. Israel told reporters that Peterson should have gone in and “…addressed the killer. Killed the killer.”

What follows is based partially on reporting by Channel 10, the Miami ABC affiliate.

In addition to Peterson’s failure, “Two other deputies now on restricted duty and are being investigated for how they handled tips warning about the killer.”

Beginning in 2008, when Cruz was 9, local authorities say they had received 23 calls about his troubling behavior.

Two years ago what appears to have been the most serious warning occurred when an anonymous caller alerted police that the killer had posted on Instagram a threat “to shoot up the school” and included a picture of himself with a gun.

The Miami Herald reported that seven months later a peer counselor said Cruz ingested gasoline, wanted to buy a gun and tried to commit suicide by cutting himself, and just days later, an investigator with the Florida Department of Children and Families declared Cruz “low-risk.” The obvious follow-up question: What does the state agency consider high-risk?

‘Going to bury the gun’

The family that took Cruz in after his mother died later called police to report a fight and said that the boy had “dug in the backyard because he knew he was not allowed to bring (a gun in the house) … he was going to bury the gun there.”

The following day, the sheriff’s office received a call from a tipster in Massachusetts who said Cruz was collecting guns and knives and he “will kill himself one day and believes he could be a school shooter in the making.”

Was the Florida shooting at least partially a case of political correctness run amok? Did no one want to reach the obvious conclusions for fear of lawsuits or public condemnation from those who might have claimed that Cruz’s “rights” were being violated?

Sure, strengthen background checks and deny the right to legally buy firearms to mentally ill people and to minors, but anyone intent on breaking the law will not be stopped by new laws because, by definition, they are lawbreakers.

Deterrence remains the best defense against people like Cruz, who regularly search for the softest targets. There is no softer target than a school full of children. Properly trained and motivated armed adults will make the schools less appealing targets.

Here, a definition of deter might be helpful: “to discourage or restrain from acting or proceeding; to prevent; check; arrest.”

If deterrence worked during the Cold War — and it did (“peace through strength”) — it can work to protect school children.

I attended a high school musical last Saturday with friends in the Florida Keys. An armed police officer was inside the auditorium. His marked car was parked prominently at the entrance. No one appeared to be nervous about security.

With the exception of laws dealing with the mentally ill and age restrictions, deterrence might work better than passing more laws, which lawbreakers will certainly break.