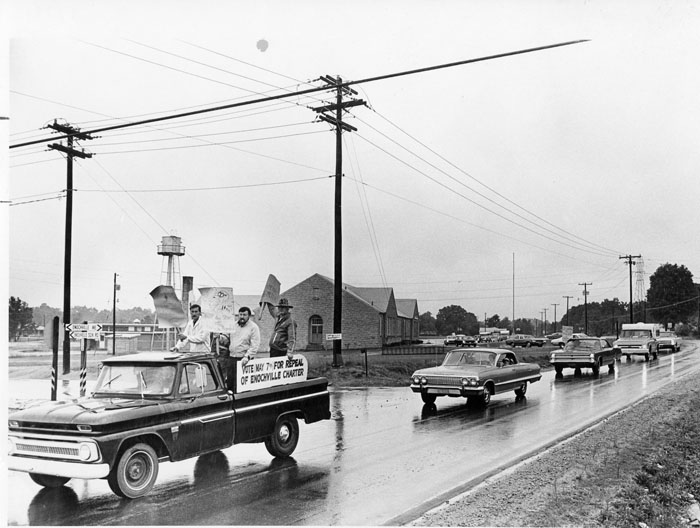 In this Salisbury Post file photo from May 5, 1974, residents of Enochville hold a parade of sorts to urge for repeal of the town’s charter. That’s Enochville School in the background. The referendum to keep or repeal the charter was held two days later, and residents voted for a repeal by a 84-41 margin. Enochville has been unincorporated ever since. For more than 50 years, people had assumed Enochville was unincorporated anyway. But the Rowan County Board of Elections ordered a town board election in the fall of 1973 after it was discovered that an 1877 charter was still active. A mayor and three aldermen were elected in 1973, and they asked the General Assembly in January 1974 for a special election to let the people decide whether Enochville should remain incorporated. The matter caused some division. The newly elected town board was in favor of continuing, especially after it learned Enochville would be eligible for government funds such as revenue sharing and Powell Bill highway monies. But the opposition was too much.