My Turn, Rev. Jim Harris: We have missed the target on guns 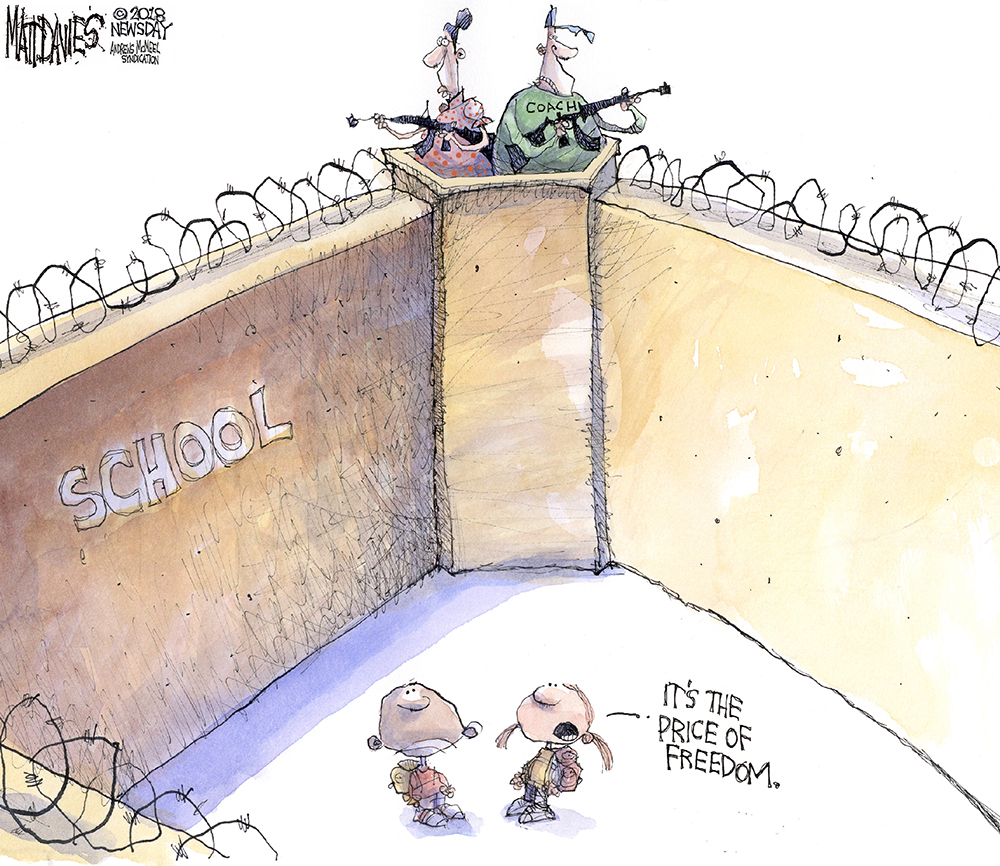 It is a shame to hear of the killings such as we have just heard of in Florida. It is also terrible to hear of the number of one-on-one killings in cities across our nation. But the biggest shame to me is the media, politicians and others with the mindset that misses the target as to why these killings happen. They like to blame guns and think that we can pass enough laws to keep criminals, terrorists and, God help them, mentally ill people from killing others.

The situation we are in did not happen overnight, and it can’t be fixed overnight. But we could start on it if our leaders would quit missing the target, and had enough wisdom and intestinal fortitude to identify the real problem and then enlist our country to solve it.

Murder comes from the heart, not the finger. Within the first family on earth, Cain did not have a gun, but he killed his brother, Abel. When someone has hate, envy, jealousy or other problems, they can find a way to kill. They can use a stick, a rock, a bomb, a gun, a vehicle or many other ways.

We need to work on the minds and hearts of people, and we have to start when they are young. Sorry, but there is no immediate fix to the real problem.

We have taken God’s commandments — including you shall not murder — out of classrooms, courthouses and other public places because they might offend someone. Now we are talking about putting guns in to protect the children from other guns.

We have an entire generation that has been raised on violence, shootings, killings and blowing up people and things. From the time they are small children, they have seen and participated in it on video games, movies and television. It has been glorified for profit and defended by those who made their money from it, and agreed to by lawmakers and people in general who want to do their own thing without “religious people” cramping their lifestyle.

In World War II, the government and the people recognized we had an enemy that wanted to kill our people and control the world. We came together to defeat the enemy and protect our homes and families. Our government, businesses, the public and even Hollywood joined in. It was a national effort, and if we are serious about solving this problem, it needs to be a national effort.

It is time again to recognize the real target and get serious about a real solution. All the people of America must use public opinion to force our government and makers of movies, TV programs, video games and all others to start a campaign to stop glorifying violence, murders and disrespect for human life. Quit buying the video games that glorify violence. Quit going to such movies, and quit watching such TV programs. Keep your children away from such damaging influence. Remember, what goes in the brain comes out in action.

I know that some would say such an effort could not be done. It could be if our nation got serious about it. You may have to sacrifice some of the things you want to do, and the money makers from such media would have to be convinced that it is not the fault of someone who owns a gun, but a business that glorifies killing.

You think that money comes from the National Rifle Association. Try this approach and watch the money being offered.

We won’t change the problem overnight, but eventually it will change society. If you want to pass laws, pass them against anything that can capture a young mind and convince that person that killing is acceptable and the thing to do. It is not only against God, it is against your fellow man, and even against the person doing the killing. When we do anything harmful to our fellow man, we are harming ourselves also.

Now let’s see a politician and the public get on that unpopular band wagon and really try to change society for the good. Let’s quit taking an aspirin for the headache, and attack the real problem that is causing the pain. It is time for our nation to name the real target, take good aim and hit it.

Jim Harris came to Salisbury in 1972 as pastor of Stallings Memorial Baptist Church, and in 1985 founded Friendship Baptist Church. He is still active in ministry.