My Turn, Randy Biggerstaff: Even without guns, evil will penetrate 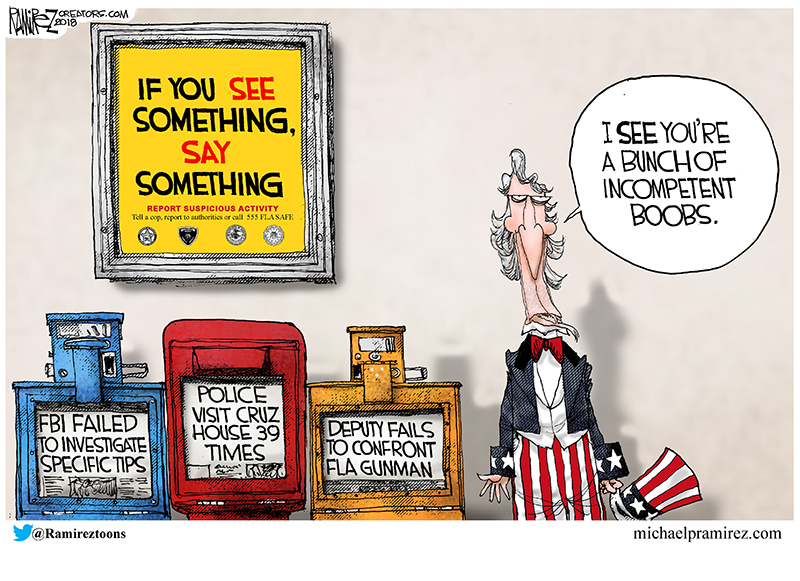 Last Sunday morning Chris Wallace of Fox News interviewed Rush Limbaugh about shootings and gun control. Rush made a couple of interesting points. First was that nothing will ever be done to solve these problems because, once the NRA is brought into the discussion, immediately it becomes political and neither side will give an inch. The other point is that the next shooter is already armed out there, and people around him are aware of the problems. Silence is deadly at times.

Liberals try to chisel away gun owners’ Second Amendment rights little by little. Let’s say they get the AR-15s — while the criminals still have them, of course — and shooters go back to handguns and shotguns. Surely the Democrats won’t want them. After all, we were good citizens and gave them our ARs. Stop playing with the unicorns, please.

The problem with tip-toeing around the Second Amendment is that some of the other amendments are being stepped on. The Constitution is like a house built on pillars called amendments. A few states have opened Pandora’s box by enacting laws called “Red Flag Laws.” Some Democrats and RINOs’ in Congress are kicking that ball around now. In a nutshell, under Red Flag Laws, if people who know you personally or professionally think you are bad or irresponsible, your guns can be taken away by a judge. Question: Who sets those standards? Maybe a disgruntled ex-spouse or some guy you owe money? How about saying something that “offends” someone? Now more of our pillars fall — like the First and maybe Fourth amendments — putting all of our freedoms in mortal danger.

The Constitution was not made to be toyed with. Freedom is not free. It has always come at a very expensive price.

Then some will argue that the Second Amendment breathes to change with the changing times. You will hear statements like: “The Second Amendment was written long before all the terrible weapons of war came along for the public to buy,” or, “it was written when only flintlock muzzle-loaders were available.” Here’s a revelation for you: Guess what soldiers were using for weapons in the Revolutionary War, and when the Founding Fathers wrote our Constitution. Flintlock muzzle-loaders! Another moot argument by the wayside.

The government can do everything under the sun to stop weapons from winding up in the hands of evil and/or mentally deranged people, and armed bad guys will still show up at schools.

How about arming some responsible adults inside of our schools? You can keep the doors locked, you can use metal detectors, you can put more fencing around the school property; but evil can still penetrate.

Let me ask you a silly question: Last week in Florida, how many of the students who were huddled under their desks — and their parents — do you think would have objected to their teachers pulling out weapons and blocking the door between them and eternity?

If a potential shooter knows that a school is packed with trained, armed staff, is it possible they may think twice before going in?

There are over 40,000 concealed carry holders in Cabarrus County alone. Some teachers and school staff have permits now. And some, with spines, would be glad to take the training. Do we, as an educated, and hopefully intelligent society, think maybe it’s time to unshackle our schools’ weak security plans and give the kids a fair shake, and fighting chance?

Cabarrus and Rowan counties are blessed with some of the best law enforcement personnel to be found anywhere, bar none. But they can’t be everywhere at all times. It took the Florida shooter less than five minutes to destroy the lives of 17 souls, and in fact, a whole community. Please keep them in your prayers.

And for heaven’s sake, beef up school security, and let’s put some real protection in there with our precious children.