Connecting the dots with Walk Thru The New Testament 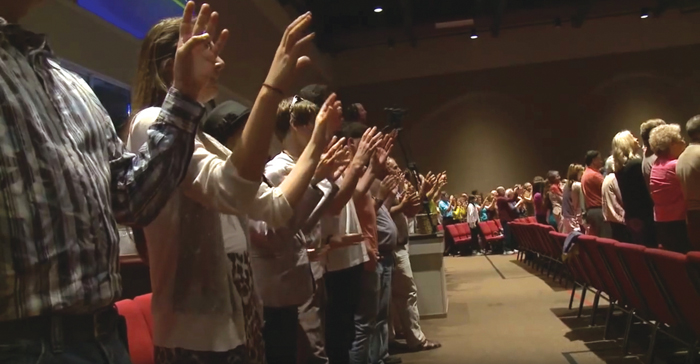 In the next several weeks, you’re going to be hearing a lot about this a very well-known man. For some, he was a good man, even a good teacher. For some he was a kind man, but a bit deluded – or maybe it was just his followers who were confused. For some, his teaching points the way to a greater ethic. For some, he was just a dreamer. And for some – the only way they can describe this man is that he was “more than an ordinary man.”

Early in his life, he was probably seen as just like many others – he had a mother and father, there were even some brothers and sisters. Even his name was common – as common as some names in our day – like John, or Joshua or Jesus.

It’s hard to throw a rock around our area and not hit someone who has not heard of this man, Jesus. And for many, the reactions to him are much like they were in his own day – good man, good teacher, dreamer, ethical example, and yes, there are even still some who claim he was (and is) more – some say “much more.”

We’ve all heard stories about this man – his teachings, his “miracles,” his followers and the impact he had on his time, and even our own time. But much of the time we are left with a collection of stories, events, reactions, and repercussions. Maybe you’ve heard of blind people who after meeting him, can see far beyond what is apparent, lame folks that not only walk but dance to a distant melody, and those who cannot speak, then they end up singing a new song. Those parallels, prophecies, events and examples seem like disconnected dots on a page begging for a connection that suggests a future that is greater even than the seen exceptional events.

His story is in a book that was written over 1500 years ago by at least 40 different authors. Maybe that is part of the problem. The book is long – actually it’s a series of books. The story can get a bit confusing. That may be the reason that few people read it. They say it’s hard to grasp, difficult to read. Yet we feel like we should read this book for direction, a guide for behavior, a closeness with that which is greater than ourselves. Some even read it for cultural literacy because it is clear that some knowledge of this book is almost required to understand Western art, literature, law and culture.

No matter what reason, we have to understand this man, Jesus, and his place – not only in the faith that bears his name. There is hope that the story can be simplified and learned in a most unusual way. “Walk Thru the New Testament is a 2-1/2 hour fun, energetic, interactive presentation of the 40 people and events that give a framework – a skeleton – for the twenty-seven books that make up the New Testament,” states Terry Seamon, National Ministry Consultant, lead Training Instructor, and presenter of the seminar to be held at First Baptist Church-Salisbury on March 10, from 9 a.m. until noon.

The message is timely in an age when “most Christians know enough about the Bible to be dangerous”, writer Jeremiah Johnston of Fox News states. “Everyone has an opinion about the Bible. Politicians attempt to use it. Grammy award winners in Hollywood have portrayed it. But rather few people really have an appreciation of the Bible’s message. The Bible is a diverse love story. Actually, it’s the greatest break-up-and-get-back-together story the world has known.”

Seamon agrees, “It is the Creator’s message to His creation. It is living and active, not yet a history. There is no better tool to get a condensed overview of the claims of Christ. The ‘Walk Thru the New Testament’ event gives the whole picture of the puzzle so many people have needed to understand God’s Grand Story.”

The Walk Thru the New Testament is a fast paced, fun filled and highly interactive event that is for those in the third grade through senior adults. Through the learning of short memorable phrases and hand movements not unlike sign language, participants will learn chronologically the major nuggets of the life of Jesus, the birth and development of the early Church, the letters to the fledging congregations as well as the mysteries of the final days. It not only reminds those present of the familiar stories from the Gospel and the movement of the faith from Jerusalem to Rome and beyond, it also tells the story of the important years between the Old and New Testaments – the years of “the silence of God.”

As someone who has studied and taught this book for more than 45 years, I have a confession to make. I am shocked at how helpful this event is. I resonated with Terry when he said “These silly key phrases and hand-signs excited me to go back and study the Story more. Not that I haven’t known these things before. (We both have Master’s degrees in Theology and Biblical Study). This event is a fast-paced, fun way to bring together these pieces of the puzzle we may have learned. The mnemonic devices are just tools – memorable tools.

Walk Thru The New Testament is scheduled for Saturday, March 10 from 9 a.m.-noon at First Baptist Church-Salisbury, 223 North Fulton St. The cost of the seminar is $10 for those ages third grade and above, which includes the seminar, a workbook and workmap.