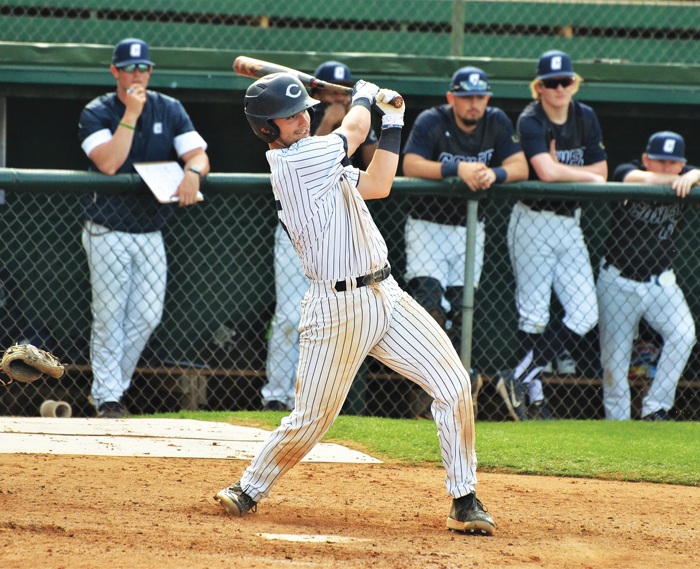 photo courtesy of Curtis Fowler/For the Salisbury Post Catawba first baseman Chance Bowden, at left, had an amazing day, going 8-for-8 during the Indians’ doubleheader sweep of Coker on Saturday at Newman Park. Bowden hit three homers, drove in 10 runs and set the school record for career doubles — quite a day as Catawba won 16-4 and 15-5.

SALISBURY — Senior first baseman Chance Bowden enjoyed one of the most amazing days in Catawba’s baseball history on Saturday at Newman  Park.

The Salisbury High grad went 8-for-8 as the Indians pounded Coker 16-4 and 15-5 in a South Atlantic Conference doubleheader. Bowden scored six runs and drove in 10. He walloped three homers and a triple in the second game.

One of Bowden’s hits was his 70th career double to break the career record. Blair Reynolds had 69.

Clay Young earned the win for the Indians in Saturday’s opener. He struck out nine in 5 2/3 innings. Bowden led the offense, going 4-for-4 with three RBIs. Freshman Joe Butts hit his second home run and Luke Setzer added a triple for the Indians.

Hunter Shepherd posted his second win of the season in the nightcap. He struck out five. Bowden led the offense again, going 4-for-4 with seven RBIs. Cameron Morrison and Kyle Smith also had home runs in the second game.  Jackson Raper, Butts, and Jacob Nester had doubles.

Catawba will travel to UNC Pembroke  on Wednesday at 3 pm.