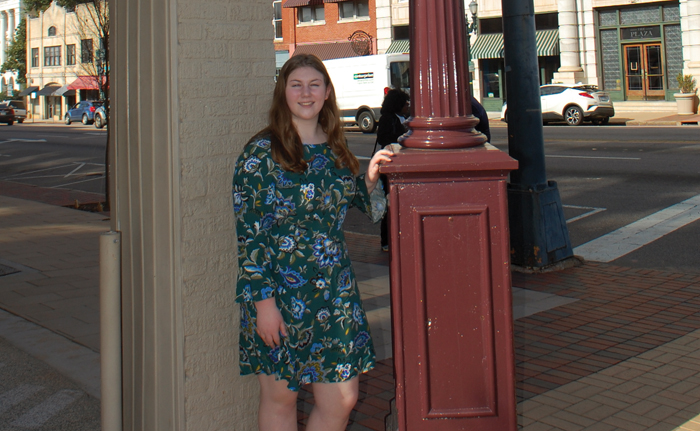 Why was she a special guest at Thursday night’s annual banquet of the Salisbury Human Relations Council?

Koontz, who died in 1989, became a national figure in education, civil rights and the women’s movement. She began her career in schools as a teacher of developmentally disabled children and rose to prominence in 1968 as the first black president of the National Education Association, which had 1.1 million members at the time.

Koontz resigned less than a year later to become the top-ranking woman in the Nixon administration as director of the Women’s Bureau in the U.S. Labor Department.

Of all things, it was the labor connection that first drew the young girl from Rhode Island to Koontz.

Riley Costello can’t help but have an interest in history. Both of her parents, Michael and Julie Costello, are history teachers, and for a National History Day project in the eighth grade, Riley decided on a labor topic.

It was the recounting of a union strike in Warwick that had years ago landed her father in jail for four days.

During her research for that documentary, Riley noticed the name of Koontz, and when it came time for her National History Day project in the ninth grade — a requirement at her school — Riley proposed a video documentary about Koontz.

Her father was in her corner.

“The theme was ‘Taking a Stand,’ and she found everything (Koontz) did was taking a stand,” Michael Costello said.

Others in her freshman class were proposing projects related to Dr. Martin Luther King Jr., Jackie Robinson or one of the many wars the United States has been involved in.

“I wanted to do something completely different, like I did in eighth grade for my dad,” Riley said.

Her social studies teacher was skeptical. He had never heard of Koontz, and he was worried Riley would not be able to find enough information. Riley had collected only three or four images of Koontz online.

The big break for her project came when she learned Bennett College in Greensboro had an unprocessed archive on Elizabeth Duncan Koontz, and officials there were willing to allow Riley and her father, a trained archivist, to take a look.

Father and daughter flew to Greensboro in February 2017 and found box after box of photos, awards and articles, along with leads to a “Joan Murray Show” radio interview with Koontz and a “NBC Nightly News” interview with correspondent Frank McGee.

Riley later was able to get a video clip of the NBC segment from Vanderbilt University.

With all her information on Koontz, Riley wrote a script and used Windows Movie Maker to line up the images and sync them with music and her narration. At one point, she had to start all over when her father, trying to check on her progress, accidentally erased the video.

“Documentary” is one of five categories students can choose from for National History Day projects. Riley won her school’s documentary competition, then captured the state contest held at Rhode Island College.

“I heard through the grapevine that I had the hardest judge at state,” Riley said Thursday.

Her parents had to take unpaid leave days from their teaching jobs to accompany Riley to the National History Day competition held at the University of Maryland in June 2017. The Costellos were surprised that some of the entries were from countries outside the United States.

Just in her room, Riley found her Koontz documentary was up against students from China as well as Alabama, Illinois, New Hampshire, Virginia, Wyoming, Alaska and Pennsylvania.

Riley showed her documentary to a panel of judges, who then asked her questions. “Most people had two or three (questions),” Riley said. “I had, like, 20.”

“She was amazing,” her father said. “She did so well.”

Riley’s documentary did not win in the national competition, and she acknowledges she was upset at first. Riley then found solace in thinking that if even three new people learned about “this amazing woman,” then the work and travel were worth it.

Riley’s interest in Koontz has not waned. “Even with the project done,” she said, “I still want to learn more and more.”

An online article from the Salisbury Post led her to Deedee Wright, the person who had sent all the Koontz archive material to Bennett College for safekeeping. Today, Wright belongs to the Elizabeth Duncan Koontz Awards Committee of the Salisbury Human Relations Council, and Thursday night was the EDK Humanitarian Awards Banquet.

“She found me,” Wright said.

By email, Riley sent Wright a list of 10 questions about Koontz. Their connection led Wright to invite Riley and her father to the council’s annual banquet. Riley’s documentary video received a warm reception Thursday evening.

Wright also presented Riley a special Elizabeth Duncan Koontz Award for Excellence in Education Research. But maybe the nicest gesture came when Wright, who lives in Koontz’s onetime home, gave Riley a teardrop pearl necklace that had belonged to Koontz.

“I wanted to give her something personal,” Wright said.

During the day Thursday, the Costellos visited Catawba College, where Riley talked to history professors and received a Catawba T-shirt, which she said she will wear to her school in Warwick on Monday.

They also picked up doughnuts at Krispy Kreme and ate lunch at Palermo’s in downtown Salisbury. Wright accompanied them on a visit to the Salisbury Post and drove them to see the Rowan-Salisbury elementary school named for Elizabeth Duncan Koontz.

Noting she’s only a high school sophomore, Riley doesn’t know exactly what kind of study or career she will end up pursuing. She said she can see herself in human relations or labor relations, trying to help people.

By the way, Riley’s sister, Jillian, will be a freshman next year and have her own National History Day project to do.

As for Riley’s once skeptical teacher, he’s an enthusiastic believer now.