Two injured in accident between motorcycle and car 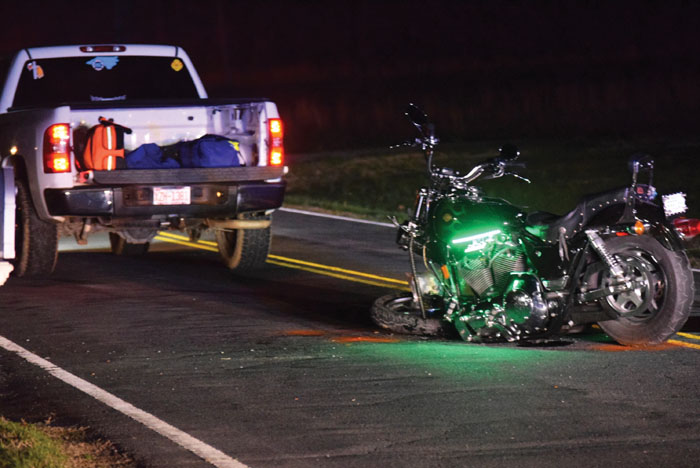 Passengers of this motorcycle were thrown after a car turning left failed to yield, highway patrol says.

SALISBURY — Two people were taken to the hospital Wednesday evening after a motorcycle accident on Bringle Ferry Road.

The accident occurred just after 6:30 p.m. in the 7800 block in front of Lake Community Church.

According to Trooper J.P. Page of the N.C. Highway Patrol, a 1997 Chevy Lumina was traveling east on Bringle Ferry Road and started to make a left-hand turn into the parking lot of Lake Community Church. The vehicle failed to yield to a motorcycle that was traveling west.

The driver and a passenger on the motorcycle were thrown from the vehicle. One of them was flown to Wake Forest Baptist Medical Center, and the other was taken by ambulance to NorthEast Medical Center.

Their conditions and identities were not known Wednesday evening.

The driver of the Lumina was not injured.

Traffic was backed up on Bringle Ferry Road for more than an hour while the Highway Patrol investigated the wreck.