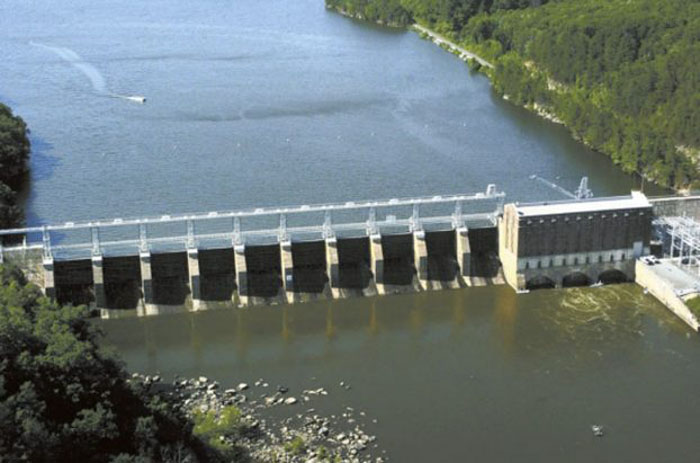 Cube Hydro Carolinas can finally operate its hydroelectric dams without a cloud of pending litigation.

On Tuesday, the U.S. Supreme Court refused to hear the state of North Carolina’s appeal about ownership of a 45-mile stretch of riverbed along the Yadkin River that encompasses four hydroelectric dams previously operated by Alcoa and now owned by Cube Hydro.

The denial means Cube owns the riverbeds beneath the dams as claimed by previous owner Alcoa. All legal avenues have been exhausted.

Cube Hydro officials have remained optimistic throughout the legal wrangling, including the state’s appeal to the nation’s highest court.

“We were pleased to receive the Supreme Court’s decision this morning to end the challenge to our ownership of the Yadkin hydroelectric plants,” said Mark Gross, vice president of operations at Cube Hydro.

“Cube Yadkin Generation is excited to move beyond the litigation and continue to invest in North Carolina,” Gross added. “We look forward to working with the state as we continue to operate these facilities that provide clean, renewable energy to North Carolina and work to improve the environmental quality of the Yadkin River.”

Three different governors have held office since the Alcoa case began. State officials were hopeful of a last-ditch effort at victory.

“Our office is disappointed that the Supreme Court declined to take up this matter,” said Laura Brewer, a spokeswoman for the N.C. Department of Justice.

Now that the case has concluded, Stanly County can begin to reap the economic benefits of a legal settlement it reached with Alcoa years earlier. Between the end of the lawsuit and Cube acquiring a long-term Federal Energy Regulatory Commission license, Stanly stands to gain financially in terms of cash, land, water and capital investments for various projects.

“We look forward to receiving the full financial benefits of the settlement agreement once FERC issues a final license,” Stanly County Manager Andy Lucas said.  “The financial settlement has the potential to assist Stanly County with several of the one-time capital projects the board reviewed and prioritized earlier this month.”

Lower courts have repeatedly ruled in favor of Alcoa as the company sold its hydroelectric operations to Cube Hydro, a deal completed one year ago.

Before the state’s appeal, the 4th Circuit Court of Appeals ruled 2-1 to uphold a federal judge’s previous summary judgment that Alcoa had proven ownership of the riverbeds despite the state’s position that North Carolina retained ownership rights stemming from land titles granted during the Colonial period.

The court previously ruled the state can’t claim ownership of the riverbed near the four hydroelectric dams once operated by Badin aluminum maker Alcoa. Judges said Alcoa proved ownership and rejected the state’s argument that the case should have been heard in state court.

The appellate court also said the state failed to prove the river was ever navigable by large vessels — going back to the 18th century, a key argument behind the state’s ownership claim. North Carolina had argued that when it attained statehood, the segment of the river was navigable, and therefore the state had always owned and continued to own the riverbed.

In 2013, years after Alcoa was no longer supplying high-paying jobs at its aluminum smelter, Alcoa and Stanly County reached a settlement that called for the power company to pay the county $3 million — $2 million for the county’s sole discretion and $1 million earmarked for economic development.

The settlement also includes that Alcoa, now Cube because of the new ownership, and Stanly County work in concert toward economic development of Badin Business Park.

“Badin has kind of been in limbo, a nearly static condition really, for the past decade while ownership, stewardship and licensure played out in the court system,” said Badin Town Manager Jay Almond. “We’ve accomplished a lot in that time, but with so many options off the table for so long we may find ourselves playing catch-up while the logjam clears.”

Badin Mayor Anne Harwood was especially excited about the decision.

“This is great news for Badin,” she said. “We hope the lawsuits are over, and we look forward to Badin progressing as well as businesses coming into the Badin Business Park. I am ecstatic with this news and what it means to Badin’s future.”

There are also provisions to improve water quality, preserve land, protect habitat and enhance recreation along the Yadkin River.

• Improved water quality: Alcoa will invest up to $80 million to install state-of-the-art aeration technology that will increase dissolved oxygen levels and improve water quality in the Yadkin River.

• Long-term land protection: Alcoa will donate or make available for purchase more than 6,000 acres (roughly 40 percent of its land holdings) for recreation, game lands or conservation.

• Expansion of Morrow Mountain State Park: Alcoa will donate more than 1,000 acres for the expansion.

• A new waterfront park in Badin: Alcoa will donate 14 acres to the town for a new public park along the Badin Lake waterfront. A master plan for the park has been completed.

Other community benefits include the availability of more drinking water for the city of Albemarle. The city may increase its withdrawal up to 30 million gallons per day, pending FERC approval.