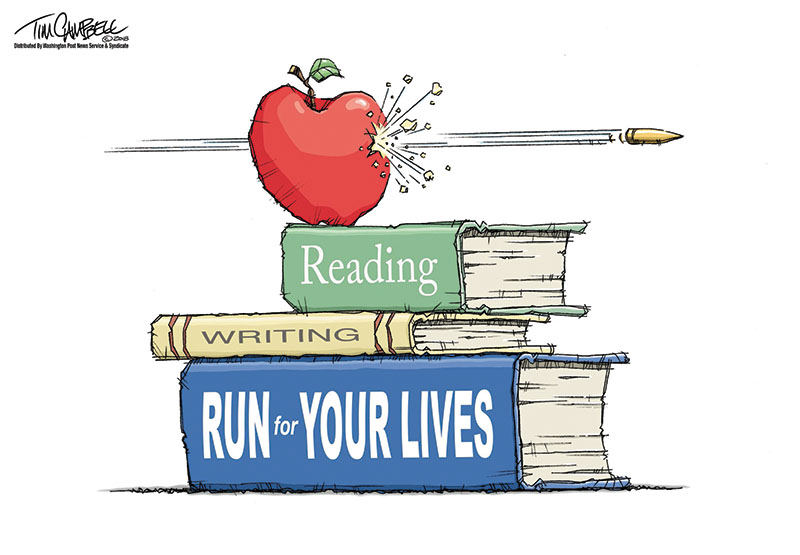 Hooray for the high school students in Florida and North Carolina who are mobilizing, marching and pushing politicians to stop mass school shootings.

These teenagers need to be in it for the long haul. They already see politicians ducking the debate and offering up stupid ideas like arming school teachers. The outspoken survivors in Florida are being attacked by Internet trolls and Fox loudmouths.

Their generation needs to learn a lesson that passed right over a lot of Baby Boomers: The best way to beat bad politics is with good politics.

It feels good to protest in the streets and post on social media. It’s not enough. You need to elect people who stand up for students and teachers instead of kowtowing to the NRA. …

Organize. Support good candidates. Raise money for them. Canvass for them. Run yourself. Vote. … If you combine this potential electoral power with what’s already going on across America with women and minorities, you’ll see a big change. Starting in November.