Salisbury girls fall in 2A playoffs to North Surry, 54-41 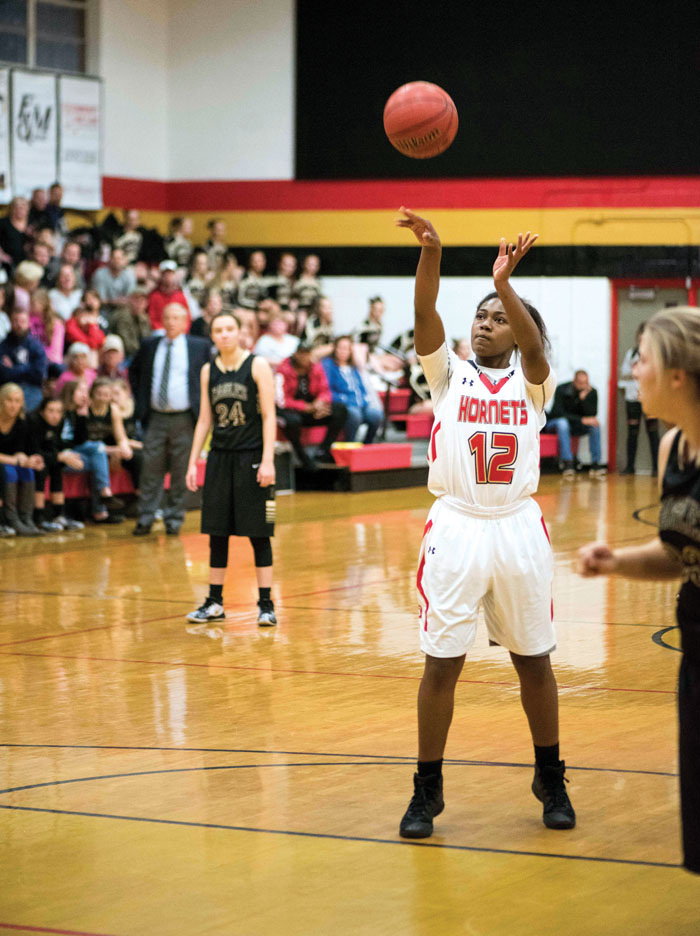 SALISBURY — It was going to be tough for Salisbury’s girls to make a run in the 2A state playoffs without arguably their best player — injured Bryanna Troutman, a junior who averaged 17 points per game this season and has already eclipsed 1,000 points in her career.

Troutman was on the bench in her familiar No. 5 jersey, but with crutches at her side. A season-ending knee injury left Coach Lakai Brice’s team short-handed, to say the least.

“Defensively, I was pretty satisfied … we made them earn what they got,” said North Surry coach Shane Slate. “Most of the night, we had good stability in our half-court defense and kept people from getting easy looks.”

“We saw that they were taking Mikaela out of the game by keeping her off the blocks but Holt and Moxley both knocked down some jump shots and got some looks going to the basket and that was big for us, to spread things out some,” added Slate. “(Salisbury) did a great job on Mikaela, but left some openings for the other girls and they took advantage of it.

“Holt shoots the ball really well when teams give her the opportunity and she made it pay off tonight,” continued Slate.

Salisbury guard Jinika Glenn scored the game’s first bucket and then Fulson had a steal and layup for a 4-0 lead. It would be the only time that the Hornets were ahead in the game.

Johnson scored on a layup for the Hounds and Moxley scored seven straight points for a 9-4 lead. The teams traded two baskets each and the quick first quarter ended at 13-8.

Holt and Moxley began the second period like they ended the first, scoring the first seven points and all of a sudden, North Surry led, 20-8.

Fulson and Toccora Robinson chipped into the Hounds’ lead (20-13) but then Holt led another 8-3 run and the visitors led at halftime, 28-16.

In the third period, the Hornets cut the deficit to eight points on five different occasions, including a buzzer-beating 3-pointer from Fulson, making it a 40-32 score, heading into the final stanza.

Fulson’s shot was quite a swing in Salisbury’s favor. North Surry appeared to be holding for the last shot, hoping to go up by 13 points. But Moxley had the Hounds’ only turnover in the third quarter with eight seconds left and Fulson made the most of the opportunity.

However, it was more of the same in the final period — North Surry’s patient, ball-control offense and solid shooting. A free throw from Salisbury senior Maria Capito did cut the margin to 40-33, but the Hounds immediately got a jumper from Holt and free throws from Moxley and the lead was 11 points again.

North Surry did have five fourth-quarter turnovers, but Salisbury just couldn’t cash in, missing shot after shot. In fact, of the Hornets’ nine points in the last period, five came at the foul line — two from Capito and three from Fulson.

Glenn followed Fulson with eight points while Capito, in her final game, scored seven. Robinson and Lexi May scored five points each.

Callie Willard followed Holt and Moxley with 10 points for North Surry. Willard was 6-for-6 at the foul line.

“Playing so few girls is just something that has happened in the last few weeks,” said Slate. “We’ve found a good rhythm with those six kids, especially lately. We finished third in our league but we won the conference tournament with these kids playing most of the time. Until that doesn’t work any more, that’s what we’re going to stick with.”

NOTES: Slate said after the game that Salisbury losing Troutman was “obviously, a difference-maker,” but something he could relate to. North Surry lost 6-2 sophomore Elle Sutphin, who has already committed to N.C. State, to a knee injury first, then a broken ankle. She played in just three games this season.