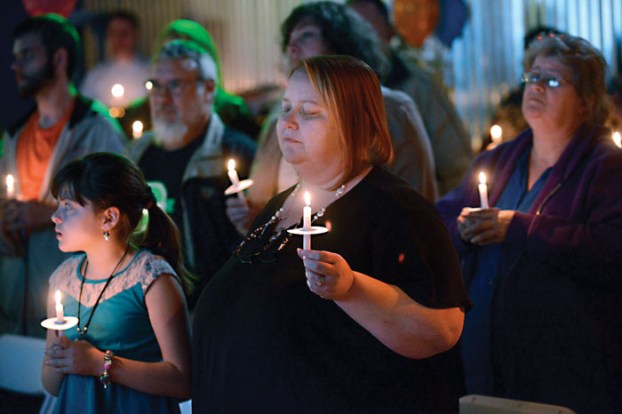 File photo Echo Wilson, Erica's cousin, holds a candle at the Erica Lynn Parsons 16th birthday party at the Break Through Faith Church in Kannapolis. photo by Wayne Hinshaw, for the Salisbury Post

A timeline of the Erica Parsons case

July 30, 2013: Jamie Parsons, son of Casey and Sandy Parsons and adoptive brother of Erica Parsons, files a missing persons report, saying Erica has been missing since November or December of 2011.

Aug. 9, 2013: The Rowan County Sheriff’s Office investigates Erica’s disappearance and possible child abuse. The SBI and FBI focus their investigation on money received by the Parsonses for Erica during the previous two years.

July 30, 2014: Casey and Sandy Parsons are arrested in Fayetteville by the FBI on fraud charges.

March 2015: The Parsonses are sentenced to prison after their convictions for fraud.

Sept. 27, 2016: Sandy Parsons is released temporarily from federal prison and leads investigators to a gravesite in Pageland, South Carolina. Human remains are recovered.

Sept. 30, 2016: The state Medical Examiner’s Office confirms that the remains are those of Erica Parsons.

Jan. 9: The Medical Examiner’s Office issues an autopsy report, which concludes that her death was by homicidal violence and describes evidence of numerous physical injuries.