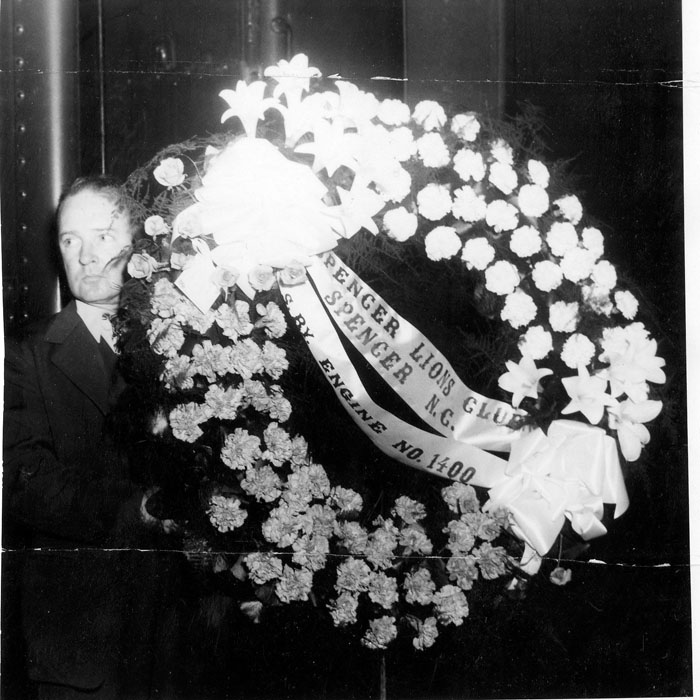 President Franklin Delano Roosevelt died April 12, 1945. The train carrying his body from Warm Springs, Ga., to Washington, D.C. passed through Salisbury the following evening. A large crowd, judged to be 8,000 to 10,000, was assembled at the train station in Salisbury when the ‘funeral’ train came into Salisbury at 11:17 p.m. April 13 and changed crews. Soldiers from Fort Bragg lined the tracks on both sides. Adding to the security detail were Southern Railway police and agents with the FBI and Secret Service. Among the few local people allowed to go through the security lines and make presentations in tribute to the late president were a group of Legionnaires and a delegation from the Spencer Lions Club (see above). The Spencer Lions group included President Garland Benton, Paul Swicegood, James Hay and E.R. Radke. Benton took their flower wreath into the lighted rail car carrying the president’s body. This room held the casket, flowers, a U.S. flag and an honor guard.