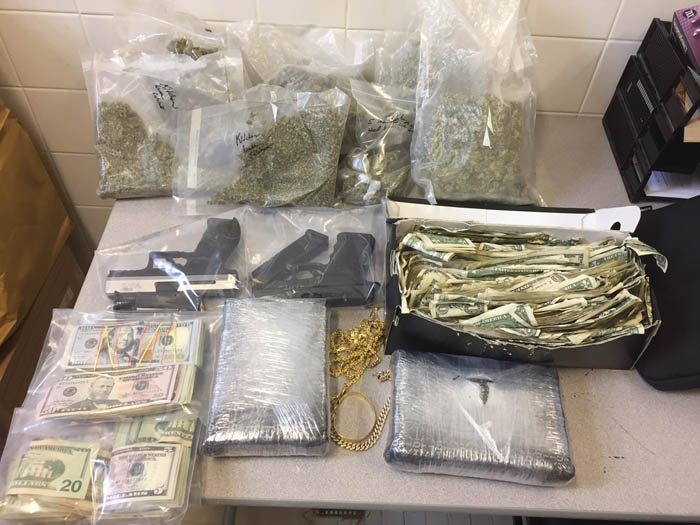 The Rowan County Sheriff’s Office reported Monday that Jafari Brian Johnson, 29, was arrested Friday on charges of smuggling cocaine into the U.S. from a foreign country.

The U.S. Department of Homeland Security investigations unit and the Postal Service helped throughout the nearly two-year investigation.

According to a news release, deputies began investigating Johnson a year and a half ago, when they learned of his alleged involvement in the smuggling operation.

On Friday, Johnson received a package delivery at his home, 1135 Roberts Drive, China Grove. The package had been mailed to him through the Postal Service from outside the country.

Deputies obtained a search warrant and seized 2 kilograms of cocaine, 5 pounds of marijuana, two .9 mm handguns, roughly $12,000 in cash, and gold and diamond jewelry. They also found evidence that several other packages were shipped to Johnson’s home.

One of the guns was reported stolen by the Kannapolis Police Department. The wholesale value of the drugs seized was about $225,000.

He was placed under a $1 million secured bond.

Doggy divas: Darrell Blackwelder goes behind the scenes at…