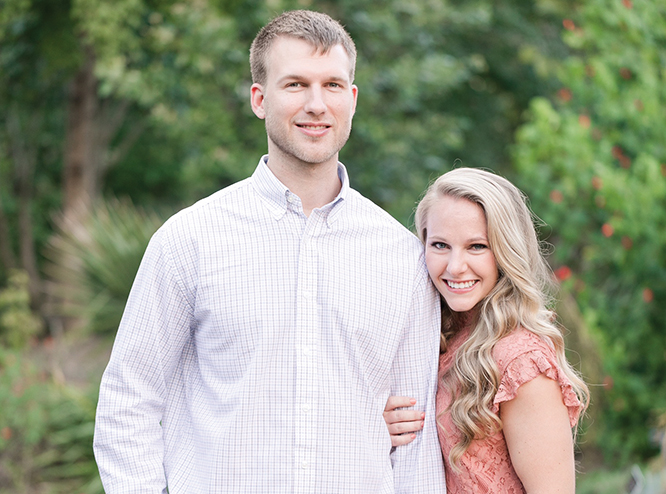 Scott and Bonnie Brown are pleased to announce the engagement of their daughter, Charlotte Avery Brown, to William Paul Mancil of Cary.

Will is the son of Gary and Ricki Mancil of Salisbury and the grandson of Hazel and the late Willis Mancil of Waycross, Ga. and the late Mary and the late Paul Torcivia of Phillipsburg, N.J. A 2009 graduate of East Rowan High School, Will received a Bachelor of Science in Athletic Training from the University of North Carolina at Charlotte in 2013 and a Doctorate of Physical Therapy from Elon University in 2016. He is currently employed at Results Physiotherapy in Cary.