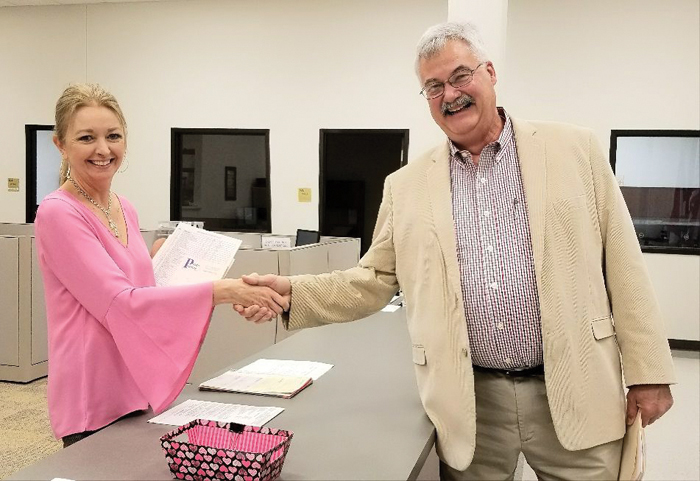 The race for North Carolina General Assembly seats will be one to watch in 2018.

Newly drawn districts at the Senate and House levels have changed representation in Rowan County. Maps adopted in late 2017 moved Senate districts 34 and 25 out of Rowan, leaving the area with an open-seated District 33.

All four Rowan County races are therein without a ‘true’ incumbent. As of Friday, eight had filed for candidacy. Positions and candidates include:

Carl Ford is a lifelong resident of Cabarrus and Rowan counties, and has worked in radio since 1982. Ford served as chair and vice-chair of the Rowan County commissioners for four years before running for the N.C. House in 2012.

He has since served as the representative for District 76, with a focus on transportation infrastructure, vocational training and education.

Joe Fowler, owner of Open Season Foods in Salisbury, worked for over 30 years in conservation. He began his career as a wildlife enforcement officer for the North Carolina Wildlife Resources Commission, then worked as a regional director for the National Wild Turkey Federation.

Fowler said his goals include creating more economic and educational opportunities and managing natural resources in a sustainable manner.

Harry Warren, of Salisbury, was elected to the General Assembly in 2010 and represented the House’s 77th District. He has sponsored or co-sponsored legislation for unemployment insurance reform, the elimination of forced annexation and more.

On his website, Warren said that additional reforms are needed to continue to improve education funding and performance and to ensure reasonable regulatory requirements for business and agencies in the state.

Howard was born in Rowan County and currently lives in Mocksville. She served on the Mocksville Town Board from 1981 until 1988 before being elected to the North Carolina House of Representatives in 1988.

Howard has sponsored 312 bills, including the Safe Infrastructure and Low Property Tax Act and the North Carolina Guardianship Bill of Rights.

Gail Young is a local advocate for government reform and accountability and retired/career public servant from Concord. She is the the director of Citizens in Action NC, a grassroots organization focused on educating and empowering local residents to engage with their state elected officials on issues like redistricting reform, equal protection and healthcare.

“I never aspired or intended to run for political office,” Young said after filing. “But looking at the legislation coming from Raleigh, I don’t see a positive, creative vision for our future.”

Psychologist and educator Andrews lives in Concord. She began her work as a psychologist at Dorothea Dix Hospital in Raleigh, serving women and men living with mental illness. In Concord, she has worked as a psychologist for group homes and as a member of the psychology faculty at Rowan-Cabarrus Community College.

“I believe it is the right of every citizen to be able to earn a living wage, support their families and contribute to their communities. I will unapologetically stand up for the poor, the suffering and the disenfranchised,” said Andrews. “I will fight for equal rights, quality health care, top-notch public schools and safe communities.”

In a statement regarding his candidacy, Anderson said he wanted to bring all the voices of Rowan and Cabarrus counties to Raleigh. A representative should be more than just this voice of a community, but also the ears, he said.

“There are many issues that will come before us in the next two years. They include … education, roads, tourism, the arts, responsible budgeting of the people’s money and the fair treatment of all individuals,” he said. “In addition, we need to strengthen our community foundations to bring more jobs to North Carolina and District 83.”

Pittman, a Presbyterian minister from Concord, was appointed to the North Carolina House of Representatives in October 2011. He replaced retiree Rep. Jeff Barnhart.

“In America, and particularly in North Carolina, elected officials are meant to be employees and servants of the people, not our masters,” said Pittman on his website. “I pledge never to forget that as I serve in Raleigh.”

Pittman positions himself as a defender of property rights, gun owner rights, family values and the sanctity of human life. He recently made headlines for comments following the shooting at Marjory Stoneman Douglas High School in Parkland, Florida, proposing teachers be allowed firearms and training.

The primary will be held May 8. The general election is Nov. 6.