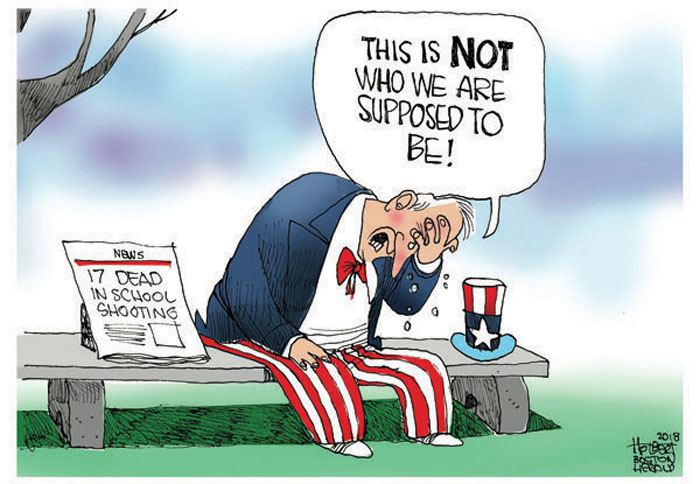 This isn’t about giving home-schoolers an opportunity, it’s about trying to get school enrollment numbers up, plain and simple. If anyone ever decides to push the issue, public schools would be forced to give home-school and private-school students the opportunity to participate in after-school activities (in their district) regardless of whether their children attended the school. … My guess is allowing home-school students to take classes at a public school would help raise test scores as well, a fact not forgotten by school administrators I’m sure.

People home-school to keep their children from being involved with the public school system.

The county has seen such brighter, positive days under the leadership of Greg Edds, Judy Klusman and Jim Greene. All of Rowan is better for it. Mr. Pierce’s objectives here are so crystal clear — and it hearkens back to darker days of just a few years ago.

We’ve had so much positive growth in the county in the last few years; greater dialogue amongst all citizens and with the city.

Sounds like a lot of “downtown” supporters are scared.

The current Board of Commissioners has done a tremendous job turning this ship around but still needs to keep going in the right direction. It’s amazing what can happen with a cooperative Board of Commissioners and a good Economic Development Commission director. There are plenty of positive things happening in Rowan County now; that was not the case before.

Let’s have a great parade that goes even further

Maybe a parade of homeless vets and we give them a house at the end of it. Probably be cheaper than some self-agrandizing parade of our military.

If Fibrant is a good product as some suggest, it only reveals how inept the city has been in seven years of handling the roll-out and marketing of this product. The bigger picture is that government has no business involving itself in private business enterprises.

The main reason is because they have no motivation or incentive to be efficient or turn a profit as they are using taxpayer monies and can always go to the trough if they bungle the execution of said business. No one seems to be accountable or gets fired for what many would call malfeasance in their actions that would bankrupt or put out of business a private company doing the same things.

The city needs to retain Fibrant. Properly marketed, this is a gold mine that should not be released that easily, not to mention the tax question not yet answered. As a Fibrant customer, I also wonder what this would do to my rates. The lease is a bad idea.

As a longtime friend of Anne Stanback and her wife, Charlotte, I had the privilege of meeting Bill several times. He clearly adored Anne and was a terrific host to all her friends who came to visit in 1996 to see the UConn women play in the Final Four. He extended Southern hospitality while charming us with his knowledge and wit. There was always a twinkle in his eye. His legacy of good works and integrity is alive and well in Anne Stanback. Sending much love to Anne, Charlotte and all of the Stanback family.

Bill Stanback was an amazing man, indeed. This community will miss him.

Leonard Pitts: Worse than an erosion of trust

There cannot be any faith or trust in the current occupant of the Oval Office. He has proven himself an untruthful con artist who gaslights people into distrusting the institutions that are the cornerstones of our national character and survival. It’s about himself and not the well-being of the nation.

I understand it takes a while to build a case. But two years??? There just might not have been so many overdoses if maybe they could have built it in, say, one year?

“Nicest in the state.” Is that something like the proverbial “putting lipstick on a pig?”

With all the misery and sorrow alcohol consumption has caused the U.S., shouldn’t more people be crying when another state-sponsored killer is glamorized?

My Turn: Carrie H. Bolton: Citizens have power to speak up

Citizens who are being affected by coal-ash definitely need to stand together and let their voices be heard. Thank you, Carrie, and the senior citizens of Salisbury for speaking out.

Cokie and Steven V. Roberts: The disgrace belongs to Trump

Do you have any genuine evidence of actual wrongdoing by Trump and his campaign, or do you just want to mindlessly repeat baseless talking points to make yourself seem like you know what you’re talking about?

For Valentine’s Day? Chocolate, of course

Off to make the Chocolate Pot de Créme! I will refer my doctor to the Post when she complains about my weight gain.

I do not like that he is “unable” to say anything about what changes might happen for customers of Fibrant. Then he says services will be competitive only to then say they consider themselves a “concierge-style company.” When I hear that, I think expensive, not competitive. No disrespect, Jeff Morris, but it seems a little early to congradulate anyone or to call this a “win-win” agreement knowing very little about it. What I do know is the “leadership of Salisbury” plunged us $30 million in debt and in almost eight years has not been able to get enough customers to make it self-sufficient, so now we are in the position of having to lease it out to someone else because they failed at running Fibrant. Why would I be optimistic that the leadership has now come up with a solution?

Congrats on a stellar career in the classroom and on the athletic fields and court.

Letter: Getting a grip
on reality

“Drain the swamp” is a fantastically evocative sound bite. Just a beautiful piece of meme-ery. Actions speak louder, though. When you drain a swamp only to refill it with toxic waste, what have you really accomplished?

I have searched all afternoon and can find no resource where Hillary Clinton blames men for her loss. Remember, she did win the popular vote, so plenty of men had to have voted for her.

This just seems to me to be reaction to the current state of awareness that is being forced on society because women are speaking up about harassment in their lives.

The national debt continues to increase minute by minute. I think that even you can figure out that if you keep writing checks but putting less money in your account, you will start bouncing checks soon.

Future generations will pay for the calamity that is the Trump administration.

I’m not sure what kind of reality Mr. Roberts would like us to grab. “Reality” seems to have become a dirty word in this age of “alternative facts.”

Why would it matter where the pigs are hunted and killed, either private or federal land.