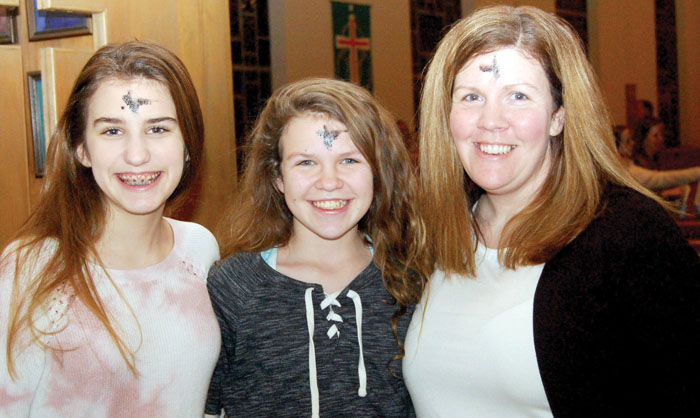 No, it wasn’t Valentine’s Day. Rather, the oldest Lutheran congregation in North Carolina gathered at 7 p.m. for an Ash Wednesday service.

During the service, members of the church, quiet and solemn, came forward to receive the Ash Wednesday blessing.

Pastor Carlin Ours used ashes to draw a cross on each member’s forehead as he said, “From dust you came, to dust you shall return.”

Ash Wednesday is the first day of the Lent season, a 40-day fast leading up to Easter.

“Tonight is a somber occasion since the Lent season is based in self-reflection and penance,” Ours said before the service.

Throughout the service, members of the congregation listened intently as Ours explained Lent as an opportunity to change the direction of one’s life.

“Change begins with introspection, and I really hope you won’t just go through the motions of the season but really take time to ask yourself what differences you can make,” said Ours.

Traditionally, people pick a resolution, either by giving up something or beginning a positive habit, during the Lent season to respect Christ’s fast in the desert as well as to act upon one’s self-reflection.

Many people choose a health-related goal.

Joyce Misenheimer, a member of Organ Lutheran Church, said her resolution is to exercise more during Lent.

“I was given an Alexa as a gift, so my goal is to dance along to the music to loosen up my muscles.”

Meanwhile, Ours is using Lent to break his normal routine.

“I want to greet more people and go to more places I haven’t been before,” he said.