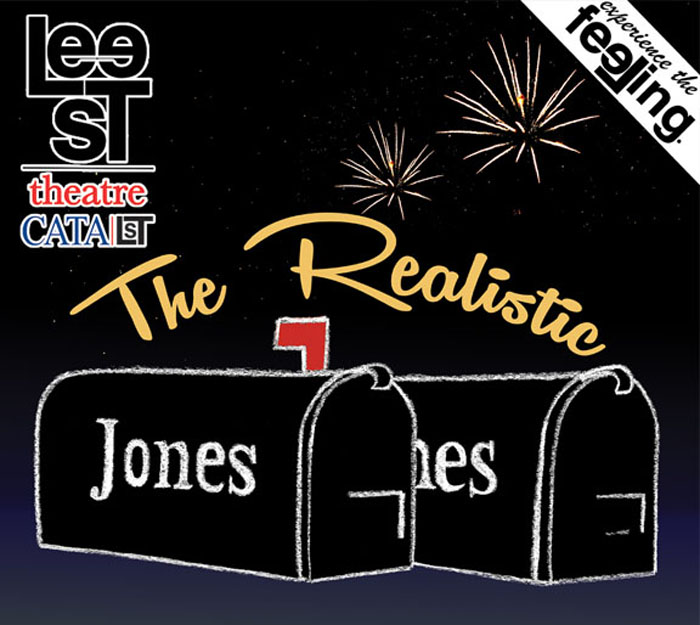 By Caitlin Billings for LSt

Coming to the Lee Street theatre stage next: a twisted new comedy, “The Realistic Joneses,” stars community members and is directed by a Catawba College senior through our new CataLST Internship Program.

In this modern comedy with a dark twist, audiences pay a visit to The Realistic Joneses. We meet Bob and Jennifer. Their new neighbors, John and Pony, have even more in common with them than identical homes and shared last names. As the couples’ relationships begin to irrevocably entwine, the Joneses must decide between their idyllic fantasies and their imperfect realities.

Written by Will Eno, “The Realistic Joneses” was nominated for three 2014 Drama League Awards for Outstanding Production Of A Broadway Or Off-Broadway Play and Distinguished Performance Award (Michael C. Hall and Tracy Letts). The production was also recognized twice for the 2014 Drama Desk Special Awards.

“‘The Realistic Joneses’ by Will Eno is truly mesmerizing,” directing intern of Catawba College Peyton Glendinning weighs in. “Eno has crafted a play that intentionally veers away from the intense displays of emotion that an audience member usually encounters at the theatre. Instead, ‘The Realistic Joneses’ is reflective of its title — realistic… The characters engage in a dialogue that brilliantly dances around weighty topics. As an emerging theatre director, this play presents exciting obstacles for me. The play itself is deep and complex while maintaining a strong comedic cadence… The actors are working equally as hard to fully capture the complexities of their characters as we move through the rehearsal process. At the end of the process, I believe we will have a production that excites and engages audiences in a way that is different than a typical night at the theatre.”

This production is inappropriate for young children.

Lee Street theatre auditions for ‘Running on Fire,’ plus…