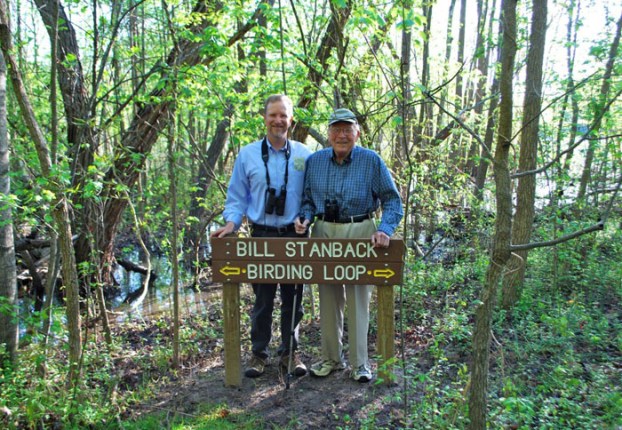 SPENCER — The Spencer Board of Aldermen on Tuesday agreed to tip their hats to a “great pillar in the community,” Bill Stanback.

Stanback had ties to Spencer, along with the rest of his family. The Salisbury philanthropist passed away on Feb. 7 due to complications from a fall. He was 95.

On Tuesday, Mayor Jim Gobbel suggested the board take action to honor his memory.

“I think it would be fitting,” he said.

Gobbel suggested a donation to Shelter Guardians, a nonprofit group that is raising money to build a dog wing for the Rowan County Animal Shelter. Shelter Guardians is one of many organizations Stanback supported.

The board unanimously agreed to donate $500 to the project.

But Alderman Mike Boone suggested taking it a bit further. Several of the historic buildings in downtown still have painted ads for products such as Coca-Cola and Stanback Headache Powder, whose maker was founded by the Stanback family. Boone suggested giving them new life and a fresh coat of paint.

“It would be a nice tribute to the Stanback family if we could have those signs repainted,” he said.

The board agreed to discuss the possibility at an upcoming retreat.

• Received an update on Park Plaza. According to Town Manager Reid Walters, the Phase 2 environmental study will begin Monday.

• The board will hold a special meeting at 7 p.m. Feb. 20 in Town Hall to discuss further Park Plaza updates.

Staff report SPENCER — The N.C. Transportation Museum had its most successful year ever in 2017, with record-breaking visitation, record-breaking attendance... read more