Letter: Deficit not as big as editorial cartoon suggests 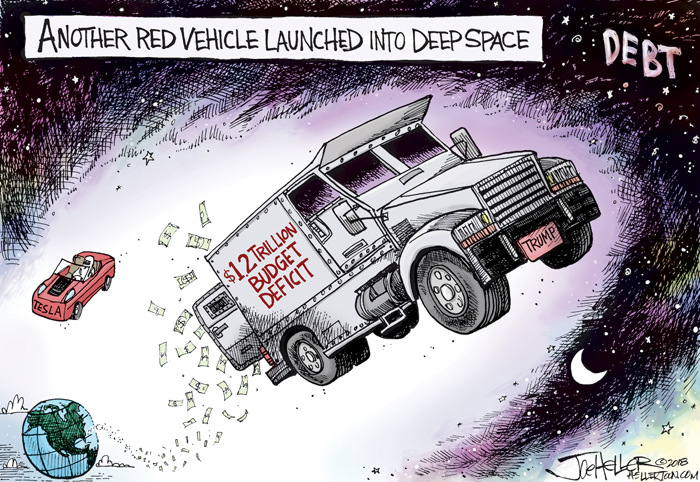 The political cartoon by Joe Heller, “Another Red Vehicle Launched” (in Tuesday’s paper), was very misleading. On the side of the armored car it appeared to say “$12 trillion.” But if you look very, very close, above the “B” and slightly below the “1” and “2,” you can see a very small decimal point, or maybe just a drawing/print error.

So which is it?

After fact checking several sources including the Wall Street Journal and even CNN, Trump’s budget would have a deficit of $1 trillion to 1.5 trillion for the first year. Over a 10-year period, it would be $7 trillion.

So is Joe Heller trying to make the readers believe Trump’s budget deficit will be $12 trillion, and over what period of time? The $7 trillion over 10 years is still far less than the nearly $10 trillion over the eight years of Obama.