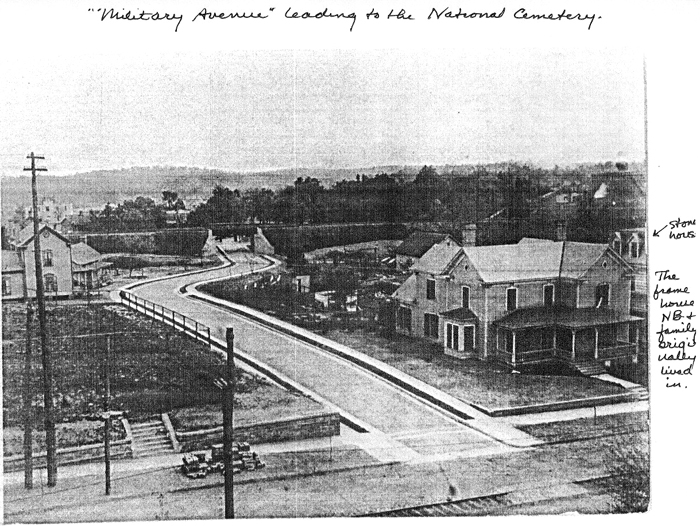 Donna Poteat recently found this picture of how Military Avenue leading into the Salisbury National Cemetery once looked. “The rock house built by N.B. McCanless, which now stands on (South) Main Street at the corner of Military Avenue, can barely be seen in the far right of the photo,” Poteat says. “The writing on the picture points to the stone house and underneath says, ‘The frame house N.B. and family originally lived in.’ Does anyone have an idea when Military Avenue looked like this?” The exact date of this photo is not known. The federal government built the original Military Avenue, which is believed to have been deeded over to Salisbury as a city street in the 1930s.