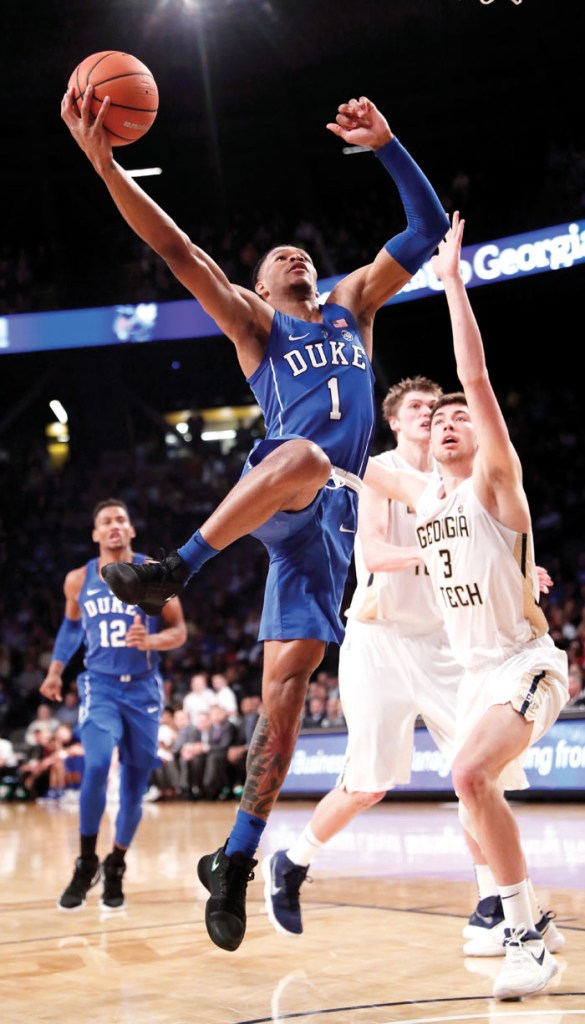 “We couldn’t lose three in a row,” Allen said. “We couldn’t let that happen. We were desperate to get this win.”

Held to single-digits the last two games in losses at St. John’s and North Carolina, Allen was 5 for 14 from the field, including three 3-pointers, and made all 10 of his free throws. He added six assists and four rebounds. It was the most points he had scored since getting 22 against Florida State on Dec. 30.

“We came with a lot of energy,” Duke coach Mike Krzyzewski said. “I was proud of Wendell. Grayson came through, especially at the free-throw line. For a young group we did a good job.”

Duke scored the first nine points. The Blue Devils pulled away with a 10-0 run midway through the half, a streak punctuated by back-to-back dunks from Carter, for a 28-10 lead.

Georgia Tech made a late run, cutting the lead to 10 points with 1:41 left, but never got closer than nine.

Georgia Tech lost starting point guard Jose Alvarado to a left elbow injury with 8:14 left in the first half. He was taken to a hospital for X-rays. He fell to the floor after colliding with Duke’s Javin DeLaurier and had to be helped by the training staff to the locker room. The elbow was stabilized the Alvarado was taken to the hospital for further examination.