Other voices: Can NC revive its film industry? 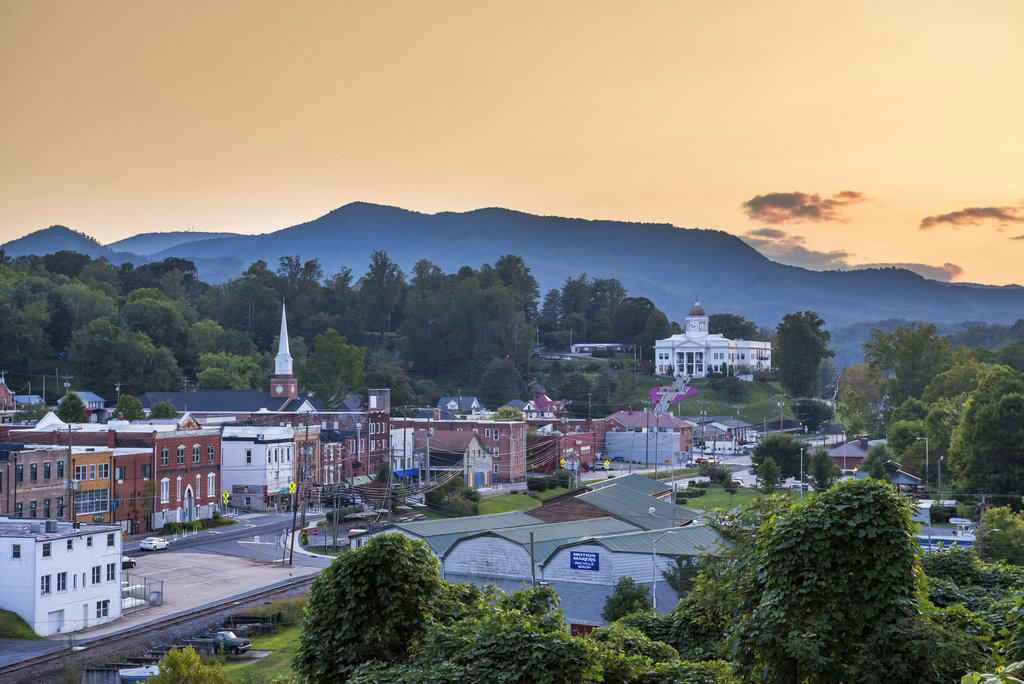 Sylva, N.C., is one of several locations in the state where — despite its title — "Three Billboards Outside Ebbing, Missouri" was filmed. North Carolina tourism officials are promoting Sylva and other spots in the western part where the filming took place. (VisitNC.com via AP)

A lot of Frances McDormand fans across the country will be holding their breath when it’s time for the Best Actress award on Oscar night. She’s considered a front-runner for her role in “Three Billboards Outside Ebbing, Missouri,” which has seven nominations, including for Best Picture. Her performance as a mother trying to prod an investigation of her daughter’s death by posting billboards has already gotten her Golden Globe and Screen Actors Guild awards.

And here in North Carolina, the film will have an extra-large cheering section, because it was filmed here, not in Missouri, in 2016. These days, that makes it a rare creature. This state’s once-thriving film and television production industry is a pale shadow of what was once a thriving economic engine. A generous state incentives program turned this state into “Hollywood East,” making it the set of countless films and television series. Wilmington was the epicenter, complete with extensive sound stages and hundreds of well-paid professionals to run them. It became almost routine to see locally produced films and TV presentations in the spotlight at the Oscars and Emmys.

But when Republicans took over the General Assembly, the film incentive program was quickly purged from the budget. Part of it was the deep dislike of conservative ideologues for the liberal Hollywood set, and part came from a general aversion to incentives programs of any kind. But when the plug was pulled, Hollywood East became a memory. The production companies fled to other states — especially Georgia — that quickly ramped up their own film incentives programs to snare the hundreds of millions that the entertainment industry once spent in North Carolina.

Wilmington only had one production in town for 2017, the TNT series “Good Behavior.” So far this year, the city’s Hollywood dance card is empty.

It wasn’t just the cut in incentives that hurt North Carolina’s film fortunes. The “Bathroom Bill” caused a lot of damage too, and a lot of film companies haven’t taken a look at us since, despite the bill’s repeal.

“We shot ourselves in the foot for a little bit,” N.C. Film Office director Guy Gaster says.

But now, Gaster and leaders of the Wilmington Regional Film Commission have been meeting with West Coast studios to let them know where we stand.

“Our message is to remind people we are open for business and we have an incentive,” Gaster says. “Once they do grasp it and understand it, it’s about finding the right project to come in.”

The state has partially restored its incentives program, creating an annual $30 million pool to draw productions back. “Three Billboards” was shot in Sylva in western North Carolina and took advantage of the subsidy program.

And now, people like Gaster are hoping that film’s success will remind the rest of the industry that North Carolina is open for film business again.

This is one of the cases where incentives make sense. The state’s cash contributions to film productions bring back a tremendous return — production money that boosts local economies and even contributes to tourism for a year or two after a film’s release, as people come to town to see the locations where their favorite movie was filmed.

It’s going to take years to build the North Carolina film industry back to what it once was — if that’s even possible. But we hope that the experience will remind our lawmakers that incentives programs like this one make sense and boost the state’s economy and its image as well.

Here’s hoping for a big Oscar night for “Three Billboards” and a resurgence for our film industry.