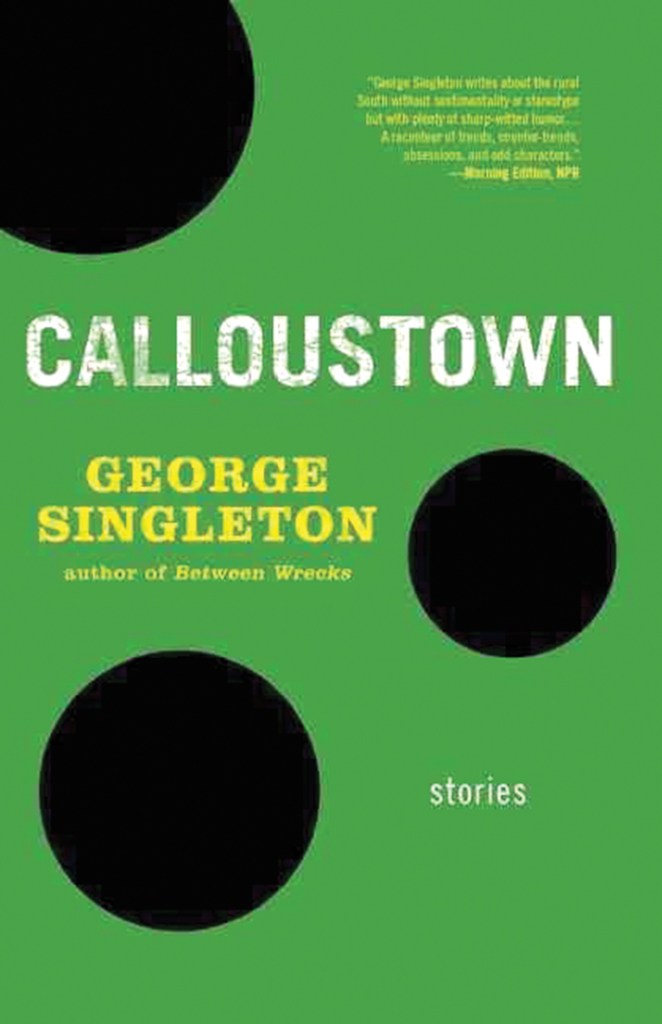 George Singleton has been to Salisbury before, and he’s returning as one of the Brady Author’s Symposium speakers at Catawba College.

He has a wickedly funny sense of humor, along with a weird imagination and eyes of wonder.

“Calloustown,” his 2015 short story collection, is in the same style as Elizabeth Strout’s “Olive Kitteridge” collection, but instead of a recurring character, we meet numerous characters all in one place, Calloustown, S.C. Sherman couldn’t be bothered to burn the town, a slight that has shamed the community ever since it didn’t happen.

Calloustown has weird festivals making light of the fact they did not burn. One festival re-enacts the invasion of the island of Grenada. No one knows why. The locals like it, though, choosing a resident each year to play a soldier killed in action.

As you read the stories and meet the collection of misfits, never-fits and those yearning to be free from Calloustown, you’ll learn that there’s a bar called Worm’s, a frequent spot for drowning sorrows, playing cards and losing your arm — your prosthetic arm.

Calloustown is plagued by unhappy marriages, strained sibling relationships, difficult parents. In general, whatever the men in Calloustown do is unsuccessful,  if they do anything, so by the time you get to the story, “Unraveling,” it all makes sense in a crazy-mixed-up way. You might feel appalled by laughing at these misfortunes, but you really can’t help it.

Singleton captures the voices so well, the sound of a lazy Southern town where nothing much happens and yet every kind of life takes place. You can just hear Lee Wayne, fresh from prison, describing his brilliant copper-selling scheme that involves having pennies run over by a train.

The very first story, “When It’s Q&A Time,” includes a little man, Mass Massey, who works for the road department. He goes around creating potholes so he’ll have enough work. He lives in a former bomb shelter, underground, with his family.

Reed is best friends with one of the Massey’s children, and he likes spending time at their house: “I always said, ‘Their house is nice,’ seeing as it didn’t have knife-sharpening grinding wheels set up in the den or a disassembled window unit air conditioner on the kitchen table.”

Reed’s father, Dwayne, is afraid dead bodies will slip through the underground walls.

When a couple takes in an emergency foster named Pine, they can’t understand anything he says, it’s just a series of dahs, dis and dits. It’s only when the boy goes to the Grenada invasion re-enactment that an old Navy man understands him.

Singleton writes of a man who spends most of his time trying not to think about suicide — see, there’s a suicide gene in his family. “If I make it to forty-nine years old I’ll hold the record for the longest-living Gosnell on this particular sad branch.” He’s given up a career as an optometrist to make rolling pins with car-themed lighters as handles.

The oddities of the world of Calloustown are what make the collection. Each story has a little wonder of weirdness in it that can provoke laughter. Don’t read it if you’re in a bad mood, though. Who knows what could happen?

The short story  is the perfect vehicle for Singleton, who can tell a sad/weird/funny tale and escape beautifully into the next one.

I bet someone is trying to find their way to Calloustown even now.

Clyde, Time Was: Do people put their heart into…