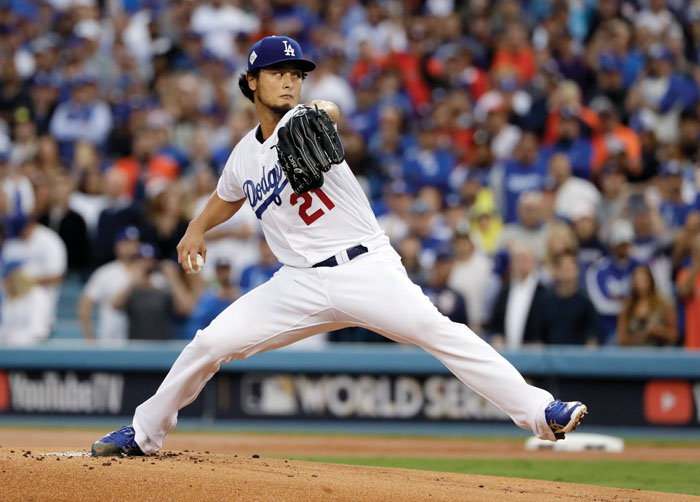 CHICAGO (AP) — The winter-long dance is over. Yu Darvish is joining the Chicago Cubs.

Darvish has agreed to a $126 million, six-year contract with Chicago, giving the Cubs one of the deepest rotations in baseball and taking one of the top players off the slow-moving free agent market.

The 31-year-old Darvish met with Cubs officials way back in December and the sides remained in contact while the right-hander listened to other potential suitors. Texas, Milwaukee, Minnesota and the New York Yankees also reportedly expressed some level of interest, but Chicago’s approach paid off with the agreement just days before the start of spring training.

A person with direct knowledge of the deal confirmed the contract to The Associated Press on Saturday on condition of anonymity because there was no official announcement. The move was first reported by The Athletic.

The addition of Darvish gives the Cubs a big boost as they try to return to the World Series after winning the title two years ago for the first time since 1908. He joins a formidable rotation that includes Jon Lester, Kyle Hendricks, Jose Quintana and Tyler Chatwood, who agreed to a $38 million, three-year contract in December.

Darvish finished last season with the Los Angeles Dodgers, helping them knock out the defending champion Cubs in the playoffs to reach the World Series. The Japanese star is expected to take the rotation spot of Jake Arrieta, who became a free agent after a successful run in the Windy City.

The deal for Darvish could help unlock the slow offseason across the sport. Arrieta, who won the NL Cy Young Award in 2015, remains on the market, and Alex Cobb and Lance Lynn also could draw more interest with Darvish locked up.

Darvish went 4-3 with a 3.44 ERA in nine starts with the Dodgers down the stretch. He shut down the Cubs in Game 3 of the NLCS, striking out seven while pitching 6 1/3 innings of one-run ball in a 6-1 victory at Wrigley Field.

But Darvish was hit hard in the World Series against Houston, managing just five outs in each of his two starts — including a loss in Game 7 — and there was talk he was tipping his pitches.

The four-time All-Star has had injury problems, missing the 2015 season while recovering from Tommy John surgery. He began last year with Texas and was traded to Los Angeles in July, going a combined 10-12 with a 3.86 ERA.

The deal with Darvish comes after the Cubs agreed to a minor league contract with Chris Gimenez, who regularly caught Darvish while they were in Texas and developed a trusted working relationship with the pitcher.