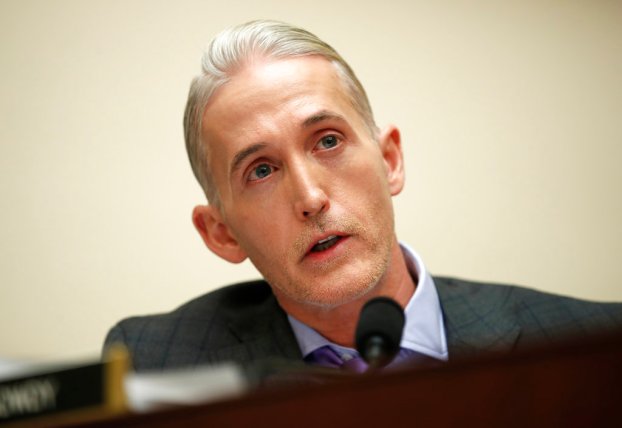 When conservatives begin to change their tune

She didn’t mean it.

There’s really no other conclusion to draw about Dana Loesch, who has combined provocation and propaganda in her gig — or is it a gag? — as a spokeswoman for the National Rifle Association.

Loesch’s latest video performance consists of holding a lighter to a copy of the New York Times. She stops short of actually lighting the paper, saying, “You guys are doing a good enough job burning down your reputations all by yourselves.”

“Fight their violence of lies with the fire of truth.”

The word “lies” is rendered in the famously recognizable type of the Times. Loesch and the NRA have attacked the newspaper repeatedly, heatedly, as a deceitful promoter of an “anti-freedom agenda” that threatens the NRA’s well-armed loyalists.

Loesch, who has said she enjoys seeing the news media “curb stomped,” appeared in a 2017 NRA video calling the Times an “untrustworthy, dishonest rag” before offering this menacing bit: “In short, we’re coming for you.”

Loesch made good on the vow last month — sort of. She posed for a Jan. 20 Times Style section photo and a cheerful, soft profile: “The National Rifle Association’s Telegenic Warrior.”

The juxtaposition inevitably led to liberal jibes that Loesch is a hypocrite. Given the chance for a bit of coastal elitist publicity, Loesch placed her faith in the Times’ professional standards and commitment to fair play. True to its ethos, the Times took the measure of a woman who makes her living at the very edge of inciting violence against it and rendered her as … nice.

Maybe she is. Either way, Loesch’s hypocrisy — manifested as a desire to keep an avenue open to the fact-based world — is a hopeful sign about the culture war.

Loesch couldn’t be more professionally invested in the closed media-information loop where right-wing outrage functions as substitute fact. Yet, as her actions reveal, she fully understands that the Times is not the “untrustworthy, dishonest rag” that she claims. It turns out Loesch doesn’t live in a parallel universe where up is down. She just acts as if she does.

If the incentives for engaging in propaganda and partisan hackery can be whittled down a bit, perhaps more denizens of Loesch’s world can be lured back toward a common culture where at least the most obvious facts of public life are less in dispute.

“If anyone will turn from this stuff and walk back toward rationality, we should affirm them in that, affirm them as they make that turn,” said former Rep. Bob Inglis, R-S.C., in a telephone interview. “And when they are back, I guess we just have to say, ‘Welcome back.’”

Creating the incentives for a turnaround isn’t easy. It took only months of openly dishonest attacks against the FBI to turn Republican voters against it. At the Atlantic, Jonathan Rauch and Benjamin Wittes propose a blanket boycott of Republicans until they come to their senses. Brian Beutler at Crooked Media wrote that even that won’t suffice — that mainstream liberal culture must deny media oxygen and respectability to those working to destroy shared truth.

Both approaches may be necessary; neither is enforceable. Rep. Trey Gowdy, R-S.C., who recently announced his retirement, offers evidence of a more organic exit from the right-wing bubble. Gowdy, who won his seat by defeating Inglis, an eminently decent conservative, in a tea party-infused primary in 2010, went on to fame as the hatchet at the helm of Congress’s eighth, and presumably final, Benghazi committee.

His committee’s sole purpose was to tarnish Hillary Clinton in advance of her presidential run, applying public funds to the partisan task. Gowdy, who had previously starred in the effort to manufacture an equally bogus scandal at the Internal Revenue Service, didn’t shrink from his tawdry assignment.

Yet with retirement and new fields of play in mind, Gowdy is suddenly urging Fox News viewers to give special counsel Robert Mueller a chance to deliver his findings in the Russia probe while counseling against blindly embracing the latest offerings from the conservative propaganda complex.

In January, Fox anchor Chris Wallace asked Gowdy, “Don’t Republicans hurt their credibility on real issues of bias when they make such a big deal about secret societies and palace coups?”

Gowdy replied: “Yes. Republicans are the best I’ve ever seen at taking good facts and overstating them and therefore changing the narrative.”

Overstating facts and changing narratives describes the better part of Gowdy’s congressional career. Sure, call him a hypocrite. But if we’re going to defend public truth and democratic institutions against an aggressive effort to destroy them, we need all the prodigal conservatives we can find.

Wilkinson writes editorials on politics and U.S. domestic policy for Bloomberg View. He was executive editor of the Week.

Ninety-eight years after getting the right to vote, women in the United States have finally decided to get involved in... read more