Stocks and the ‘Trump bump’ 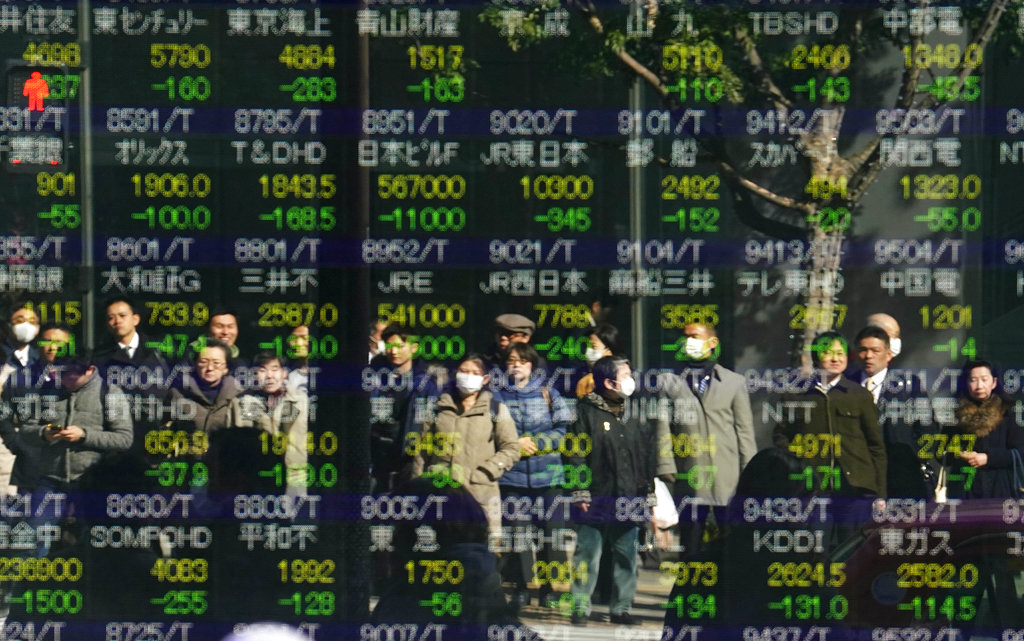 People are reflected in an electronic stock indicator of a securities firm in Tokyo on Tuesday, Feb. 6, 2018, as drops in U.S. stock markets affected those in countries around the world. (AP Photo/Shizuo Kambayashi)

From a Washington Times column by Bryan Crabtree:

A chilling decline in the stock market of 1,500 points (last Friday and Monday) could actually be a result of “winning.” President Trump promised that “we’d win so much we’d get tired of winning” during the campaign. So, is Wall Street tired?

It certainly appears that America is winning again. Black unemployment is the lowest since it was first measured. The stock market is up nearly 50 percent since Mr. Trump took office. Women’s unemployment is the lowest in 17 years, and data suggests we’re poised for an economic boom unlike this country has seen in 30 years. Then, why did the stock market fall over 300 points the day of Mr. Trump’s State of the Union speech, nearly 700 points last Friday and another 1,100 points on Monday?

We’re winning. And, with winning comes even more risk.

Over 80 percent of the American people approved of Mr. Trump’s speech. Not only was it a unifying speech, it represented some of the most positive economic data distributed from that podium in more than a decade. The speech’s central focus was that our economy is strong and we were no longer in “recovery.”

Letter: Marijuana is not harmless