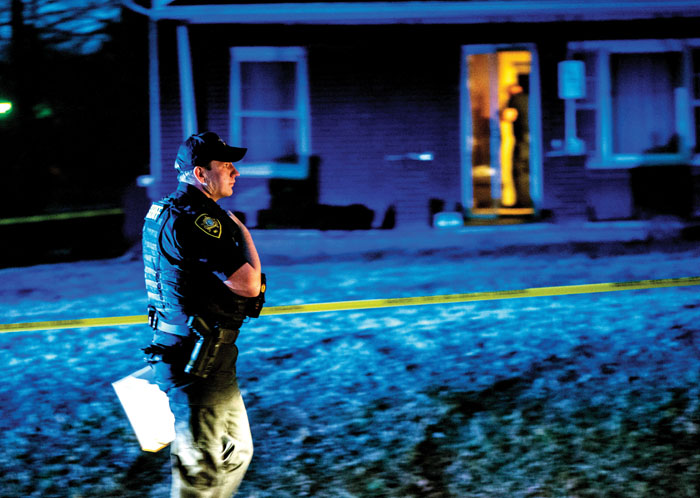 SALISBURY — The Rowan County Sheriff’s Office is searching for a suspect in the shooting death of a man at a home on Gheen Road on Friday afternoon.

A distraught woman called 911 at 3:37 p.m. Friday and said someone had been shot at 1270 Gheen Road, then hung up, the Sheriff’s Office said.

A deputy was close to the address at the time and arrived within minutes. The deputy found Gregory Yarborough, 21, of Hope Hill Road, with multiple gunshot wounds.

Yarborough was not breathing, the Sheriff’s Office said, and the deputy performed CPR on him. Rowan EMS was called, but Yarborough died at the scene, authorities said.

They identified the suspect in the murder as Taedrin Sanders, 22, who is linked to addresses on Summit Avenue in Kannapolis and Pearl Street in Salisbury.

Arrest warrants were issued for Sanders on a murder charge.

The Sheriff’s Office’s Criminal Investigative Division and the State Bureau of Investigation are handling the case.

Investigators were still trying to gather evidence and information at the scene Friday night.