The Tragedy of ‘Julius Caesar’ takes the Norvell stage next week 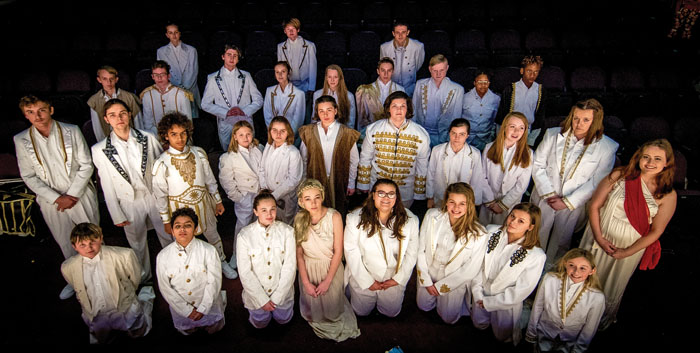 Shakespeare most likely borrowed from historical sources for Julius Caesar, including an English translation of Lives of the Noble Greeks and Romans by the Roman historian Plutarch.

Although named Julius Caesar, the play really focuses more on the character of Brutus, a close friend of the title character, and his struggle between the conflicting demands of honor, patriotism, and friendship.

Who was Julius Caesar?

Julius Caesar was a Roman politician and general who played a critical role in the events that led to the demise of the Roman Republic and the rise of the Roman Empire.  Considered by many historians to be one of the greatest military commanders in history, Caesar’s victories and achievements gained him unmatched military power and influence, causing some to become concerned he may become too powerful.  When the Senate ordered Caesar to step down from his military command and return to Rome, he refused, resulting in a civil war.

After winning the war and assuming control of government, Caesar began to make serious social and governmental reforms, but the underlying political conflicts had not been resolved.
Ignoring the warning of a soothsayer (Beware the Ides of March), Caesar was assassinated by a group of rebellious senators, including his friend, Brutus on March 15, 44 BC.

The assassination of Caesar sparked a series of civil wars and the constitutional government of the Republic was never fully restored.  Caesar’s adopted heir Octavian (later known as Augustus) rose to sole power after defeating his opponents in the war and the era of the Roman Empire began.