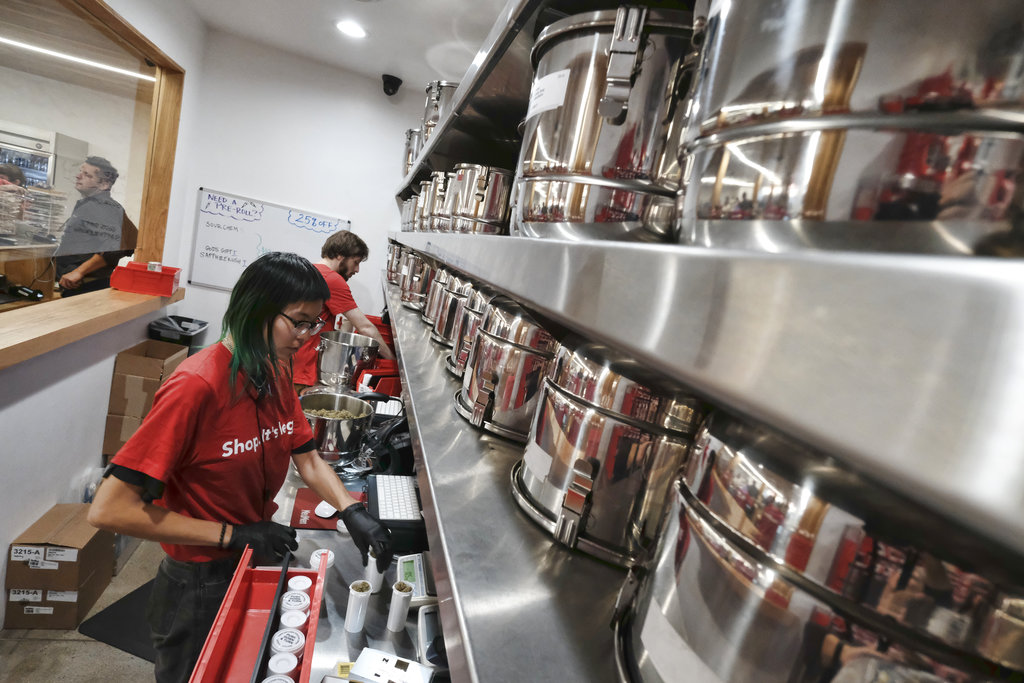 A bud tender prepares marijuana for a customer at Med Men a dispensary in West Hollywood, Calif. AP photo

A story on the front page of the Feb. 6 newspaper reported that a Ronnie Lee Eagle is accused of receiving 10.5 pounds of marijuana in the mail. The Postal Service thought the shipment of a notable size from California to Salisbury was suspicious and notified authorities. After obtaining a search warrant, Rowan County deputies searched Eagle’s home and found the open package with its illegal shipment inside. The drug was confiscated, an arrest was made, and Eagle now faces multiple felony drug charges.

Is this justice being served? As a community, are we now safer after having this man arrested?

Yes, marijuana is an illegal substance in this state, but do the possession and sales an of arguably benign substance justify a man’s life course being direly disrupted?

Our community has been riddled with multiple drug trafficking busts involving very dangerous substances, and for such busts I applaud our local law enforcement, but this is not the circumstance in the case of Ronnie Eagle.

We must understand that “illegal substance” is an umbrella term used to identify a variety of substances. Many of these are indeed dangerous, life-damaging substances. However, it is illogical to lump marijuana in with those substances.

Twenty-nine states recognize marijuana as a medicine. The plant alleviates many medical conditions. Not a single fatal marijuana overdose has been confirmed.

The harmlessness of the plant along with the will of the people has led nine states to legalize marijuana as a recreational substance available to adults 21 and older.

A 2017 Elon University poll found that 80 percent of North Carolinians were in favor of legalizing medical marijuana. If our laws reflected the will of the people, would Ronnie Eagle’s arrest be front-page news?

Our community and state would be best served by examining the issue in an objective light.